An arterio-venous fistula (AVF) is generally created as the first choice for vascular access for haemodialysis in patients with end-stage renal failure. Brescia first reported the use of a peripheral AVF in 1966, since then, many approaches have been described. They are less prone to infection and thrombosis than synthetic grafts and these advantages make it worthwhile to create and preserve these fistulae whenever possible [1]. Although an AVF is a lifeline for these patients with end-stage regular haemodialysis, however, nearly one-third of all arteriovenous fistulas (AVF) develop complications which include thrombosis, stenosis, aneu-rysm formation, and infection [2]. The incidence of aneurysm formation, which may be either true or false is approximately 5–7%. Infection, abnormal shear stress due to high flow state, or trauma by multiple needle stick are the probable reasons [3]. Stenoses, which exacerbate abnormal haemodynamics, may be associated with aneurysm formation. True aneurysm in reverse saphenous vein graft is still unknown. Causes may be local infection, stenosis or improper surgical technique. Aneurysms may occur downstream of a stenosis, which may be due to the increased transmural pressure or be related to disturbed flow patterns [4].

A 49-year-old woman who had end stage renal disease associated with membranous glomerulonephritis, was undergoing dialysis through a left brachiocephalic arteriovenous fistula. She had history of diabetes and hypertension for past 19 years. After some time, fistula became infected and stopped functioning. The graft was removed and the native vessels was repaired with reverse saphenous vein graft. After some time, a gradually enlarging pulsatile swelling was noted in her cubital fossa which used to bleed in between with a non-healing ulcer. Tight compression bandage was applied. She was going haemodialysis through jugular venous route. Right femoral artery was accessed with 6F sheath and 3000 U of intravenous heparin was administered before the procedure. Brachial artery was assessed with Judkins right diagnostic catheter (Medtronic, USA) over straight tip terumo wire (Terumo Inc, Japan). Arteriogram showed aneurysm arising from mid part of reverse saphenous vein graft with evidence of proximal stenosis (Figures 1, 2A). 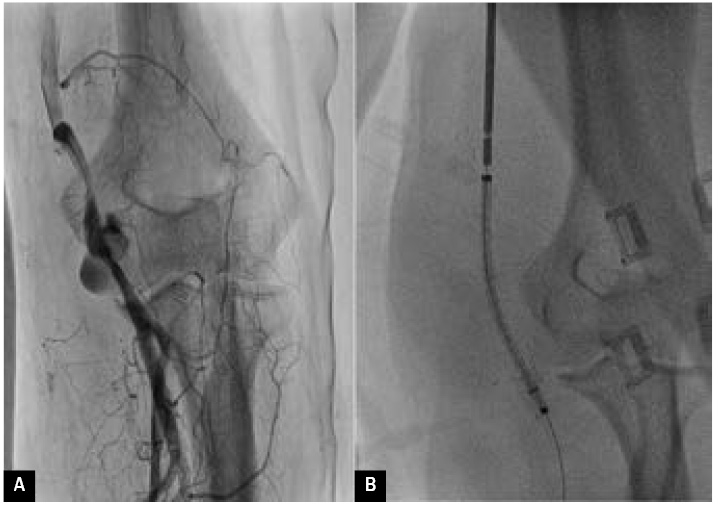 Figure 2A. Ruptured aneurysm of reverse saphenous vein graft; B. Fluency Plus stent placed across the venous segment

Lesion was traversed with 300 cm, exchange length 0.035-inch extra-stiff Terumo guidewire (Terumo, Japan) and was parked distally in radial artery. 6F sheath was exchanged with 9F sheath over the same wire. Fluency Plus stent graft (Bard, Tempe, AZ) is self-expandable covered stent made up of nitinol over PTFE backbone. It was properly prepared on the table before deployment. It was flushed with saline for 3–4 times from both the port before railing over the wire. Lesion was stented with 6 × 60 mm Fluency Plus (Bard, Tempe, AZ) self-expandable stent by gradual pull back over 3 minute as it took time to get released properly (Figures 2B, 3). 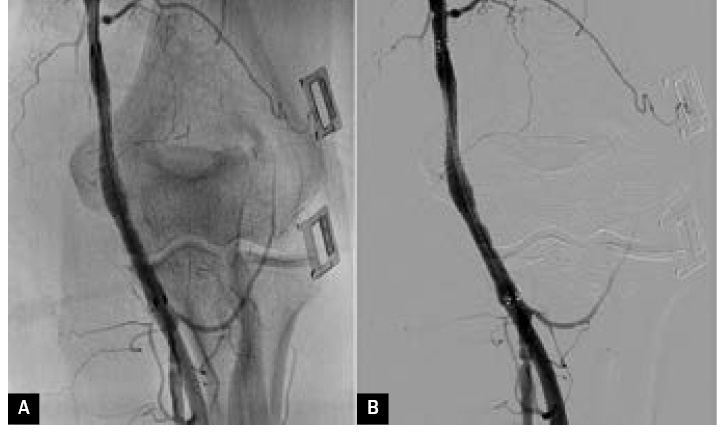 Figure 3A. Deployed stent with complete sealing of aneurysm; B. Digital subtraction arteriography showing little expansion at the proximal edge

During deployment of the stent, slight traction was maintained in order to avoid any distal migration of stent. Check angiogram with Judkins right guiding catheter showed complete sealing of aneurysm though proximal end of stent was not properly opened. After waiting 5 minutes, repeat angiogram and digital subtraction angiogram showed much better opening at the proximal end with no endoleak (Figure 4). Substantial improvement in her swelling was noted following day and discharged with advise of regular dressing of the local wound which completely healed after 3 weeks.

Figure 4. Digital subtraction arteriography showing remodelling of stent as evident by much better expansion at the edges after 5-minute interval

In recent years, as number of patients with end-stage renal disease and their survival have increased, so the complications related to dialysis access. Small stable aneurysms can be observed, and following baseline measurements may require simple surveillance, both clinically and with ultrasound as the risk of rupture of is low because they are thick walled and covered with skin. In addition, the inflow and outflow vessels should be assessed. When an aneurysm presents with a rapid increase in size, pain, thinning and degeneration of the overlying skin and/or infection, it becomes a clinical concern. This situation may be alarming as it may lead to rupture subcutaneously or a free rupture through the skin. In such situation, either emergency ligation of the aneurysm or endovascular closure is required. Where the site is perianastomotic and involves the artery then reconstruction may be required. Endovascular techniques either alone or combined with surgery have been used to treat AVF aneurysms. The aneurysm can be treated with a covered stent or stent graft to exclude the sac [5–7]. In our case, it ruptured aneurysm was arising from mid part of the reverse vein graft and she had already undergone two surgery, so surgical risk was very high. The advantage of endovascular treatment is that associated stenosis can be treated simultaneously.

The Fluency Plus vascular stent graft is designed for use in the iliac and femoral arteries and consists of a self-expanding Nitinol skeleton, encapsulated within two ultrathin layers of ePTFE. The soft, atraumatic tip is tapered to fit a 0.035” guidewire, and the “tipless inner catheter” is intended to reduce the risk of catheter entanglement post deployment. This device includes an additional radiopaque puzzle made up of marker band integrated into the outer sheath which moves toward the handle during deployment, and the luminal surface of the ePTFE is carbon impregnated. Highly radiopaque puzzle Tantalum markers provide superior fluoroscopic visualisation throughout the entire Stent Graft placement. It has excellent radial strength which provides perfect expansion force and in combination with the 2 mm flared ends, minimise the risk of stent graft dislocation or migration. Its design gives minimal stent graft foreshortening during deployment which further enhances placement accuracy. The Fluency Plus vascular stent graft is MRI safe.

Sheath retraction over the stent should be done slowly as we cannot reposition the stent once it starts opening. Area around elbow joint is associated with movement, therefore stent fracture is an issue and therefore, balloon expandable stent should be avoided. These should be always tackled with self-expanding stents. Considering the fact that they are self-expanding; only aim should be to close the aneurysm and avoid any endoleak as these stent remodel themselves with time. If edges are not well apposed, they may be little flared with same diameter balloon at very low pressure (3–4 atm.). 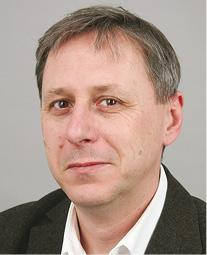