Cardiovascular diseases, including myocardial infarction, heart failure or stroke, are major causes of death in Poland. Idiopathic arterial hypertension is a strong risk factor for developing cardiovascular disease. Epidemiological studies show that arterial hypertension may be found in 25–30% adults in Poland, and prevalence increases with age, reaching 50% in general population of over 40 years of age [1, 2]. Despite certain improvement, percentage of patients with adequately controlled hypertension remains low and amounts only 26%, according to the NATPOL 2011 study [3].

Most patients with hypertension have also other risk factors for developing cardiovascular disease, complications or comorbidities.

According to guidelines issued by Polish and international cardiologic and hypertension societies, global cardiovascular risk should be assessed in every person with arterial hypertension, with evaluation of other risk factors, subclinical organ damage, and comorbidities [4, 5]. Patient’s individual risk profile is crucial for selection of optimal therapeutic strategies, involving initiation of pharmacotherapy, motivation for lifestyle change, and adequate drug choice.

Aims of the study

The study had non-interventional observational design, and involved physicians from primary and secondary outpatient healthcare facilities throughout Poland, who diagnose and treat arterial hypertension.

No additional diagnostic tests or monitoring-intended measures beyond routine work-up for arterial hypertension were undertaken during data collection.

The study was organized and sponsored by Servier Poland.

The study had two stages, both completed during a single patient appointment:

The data was collected in Microsoft Access file, and submitted to statistical analysis, which was performed using the SAS software build 9.1.

Data were collected between February and July 2013 by 857 physicians having the following specialist competence: family medicine 31.2%, internal medicine 60.3%, cardiology 17.5%, and other specialty 10.9%.

Table 1 presents characteristics of the study population. Of all 42,338 screened patients, poorly controlled arterial hypertension was observed in 54.3% subjects.

Table 1. Characteristics of the study group during the screening stage (n = 42,338)

Using the criteria for stage two inclusion, 8,766 patients with poorly controlled arterial hypertension were identified, which gave on the average 10.2 patients managed by a single physician. Female patients constituted 49.5% of the analyzed population (4,342 persons). Detailed characteristics of the patient population analyzed in stage two is presented in table 2.

Table 2. Characteristics of the population included in stage two of the study (n = 8,766)

Prevalences of major risk factors and main comorbidities are presented in figure 1.

Cardiovascular risk factors that were most frequently observed in the studied population included abdominal obesity (63.8%) and dyslipidemia (77.8%). Ischaemic heart disease was the most common comorbidity (33.4%). As many as 55.9% patients declared regular blood pressure measuring at home. Mean values recorded during the past week by the patients themselves were 150 mm Hg for systolic blood pressure, and 89.5 mm Hg for diastolic blood pressure.

Information concerning pharmacotherapy and amounts of patients treated with respective drugs are presented in figures 2 and 3. 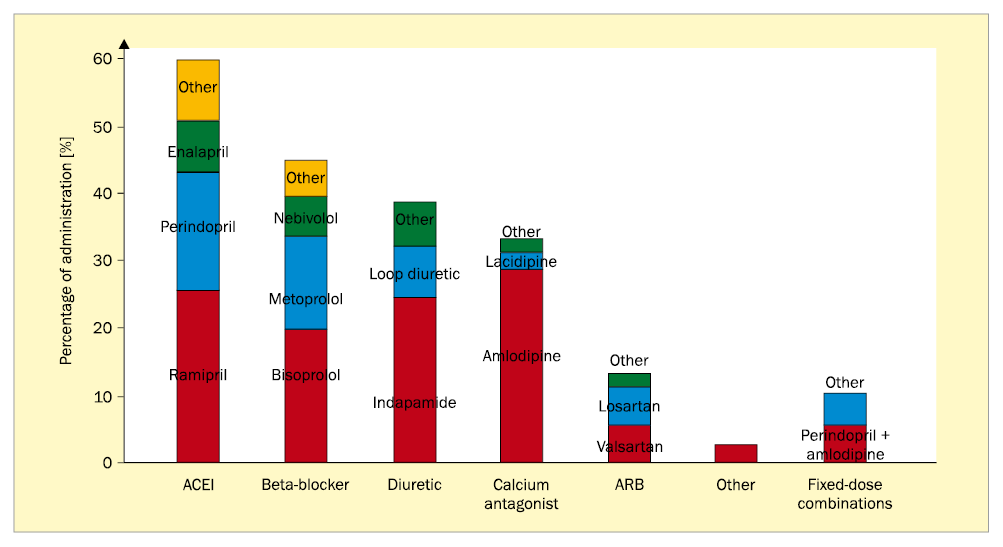 Half of all patients were pharmacologically treated for hypertension for at least 5 years, and 21.7% for more than 10 years. The most commonly used pharmacological agent classes included angiotensin converting enzyme inhibitors (59.7%), beta-blockers (45%), and diuretics (38.7%). Calcium antagonists were administered in 33.5% patients, and angiotensin receptor blockers in 13.5%.

Seventy-three percent of all patients were treated with more than one hypotensive agent, mostly using several individual drugs. Fixed-dose combinations (combination of two or three different agents in a single dosage form) were used in only 10.6% patients.

Data concerning time from last modification of pharmacotherapy are presented in figure 4. Hypotensive therapy was not modified for at least half a year in 61.4% patients. 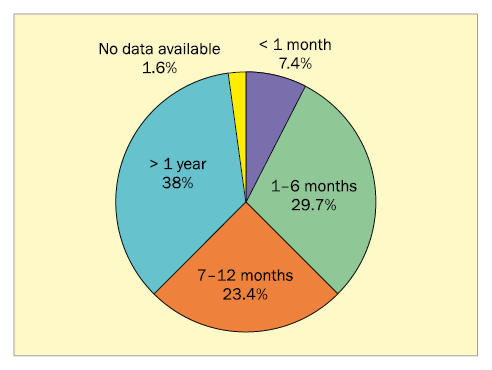 POSTER study (POStępowanie TERapeutyczne u pacjentów z niekontrolowanym nadciśnieniem tętniczym w lecznictwie otwartym w Polsce; therapeutic strategies in poorly controlled hypertension in outpatient setting in Poland) was carried out in 2013, and included more than 40,000 patients with arterial hypertension in the screening stage. Most patients (almost two thirds of the screened cohort) were taken care of by physicians in primary healthcare setting, whereas the others were treated in specialist institutions. Majority of patients (54%) had poorly controlled arterial hypertension, i.e. systolic blood pressure ≥ 140 mm Hg and/or diastolic blood pressure ≥ 90 mm Hg. As many as 14.5% of patients were not administered any hypotensive pharmacologic agents. A similar study performed in 2002 (NATPOL) identified 18% of patients with diagnosed but pharmacologically untreated arterial hypertension, and 82% of all then analyzed patients were not optimally treated. Unpublished data from NATPOL 2011 study suggested that blood pressure control improved (as compared to NATPOL 2002 study), with 13% of patients having diagnosed but untreated hypertension, and 64% being suboptimally treated [3]. POLSENIOR study, which included approximately 5,000 persons of more than 64 years of age, gave similar results, with treated but poorly controlled arterial hypertension in 65% of subjects [6]. POSTER study reveals improved blood pressure control, which is an optimistic finding, and hopefully represents a new positive trend. Similar observational studies from other countries showed largely varying results as to amounts of patients with non-optimal blood pressure control under treatment, with 66% such persons identified in Portugal [7] but only 16% in USA or Canada [8].

Second stage of the presented study involved 8,766 persons selected due to poorly controlled hypertension despite ongoing treatment, and these subjects were further analyzed in respect to comorbidities, cardiovascular risk factors and details of hypotensive therapy. Mean systolic blood pressure in this population was 158 mm Hg, which is almost 20 mm Hg higher than the desired value. Mean diastolic pressure was 94 mm Hg, and mean body mass index (BMI) value was 29.4 kg/m2, which is almost exactly at the threshold for obesity diagnosis. More than half of all patients (56%) declared regular blood pressure measuring at home. Mean value of blood pressure recorded at home by patients themselves was 150/90 mm Hg, which confirms non-optimal control of hypertension, since target value for at home measurement is < 135/85 mm Hg. Main risk factors for cardiovascular disease identified in the study population included dyslipidemia (78%) and abdominal obesity (68%), with almost 25% patients admitting smoking habit. As to comorbidities, 33.4% patients had coronary heart disease, 12.3% had previously had a myocardial infarct, 31% had diabetes, and 11.4% suffered from heart failure. When comparing the presented data to results of the NATPOL 2011 study, which included a representative sample of Polish adult general population, it should be noted that prevalence of potentially modifiable cardiovascular disease risk factors in the presented POSTER study was markedly higher than in general population, where hypercholesterolemia was found in 61% persons, obesity in 22% persons, diabetes in 5% subjects, and 27% adults admitted smoking tobacco. Particularly worrying is the fact that prevalence of diabetes is six times higher and smoking habit much more common in patients who already have increased cardiovascular risk, and are being controlled by a physician when compared to respective indices in general population. Another study, POLSENIOR, found prevalence of diabetes to be 22% in elderly population. Different prevalence figures cannot be explained just by older patient age in POSTER study (mean age 61 years) than in NATPOL study. Analysis concerning pharmacotherapy revealed that almost three forms of all patients are administered more than one hypotensive drug. The most commonly used agents include angiotensin converting enzyme inhibitors (60%), beta-blockers (45%), diuretics (39%), and calcium channel antagonists (34%). Fixed-dose combinations were administered in only 10% of patients. In the diuretic-treated group, the most often chosen agent was indapamide (64% of all patients receiving diuretics), which is believed to be metabolically neutral. Therapy was not modified for at least half a year in more than 60% of patients, despite proven poor control of their hypertension. The latter finding is consistent with other observational studies, confirming existence of the so-called therapeutic inertia, which is defined as failure of health-care provider to reach therapeutic goals by not increasing dosage of the drug the patient is already taking and/or not adding another agent [9]. Study results support the already published findings which point to the necessity of using more than one hypotensive agent for proper blood pressure control [10]. Pharmacologic agents used in the current study are compatible with recommendations of Polish and international hypertension societies. In many studies, fixed-dose combinations proved more efficient, producing a more prominent hypotensive effect, with better tolerance, and a simpler administration regimen, which in turn contributed to better patient compl­iance. These drugs are, however, still not commonly used in Poland [11]. Usage of hypotensive fixed-dose combinations is currently recommended not only to simplify multidrug therapy but also as single agent therapy, in patients with grade 2 arterial hypertension and/or cardiovascular and renal complications of hypertension [5].

Unwillingness to modify pharmacotherapy despite obvious inefficacy of the current treatment is another worrying conclusion. This might be due to lacking knowledge of desired blood pressure values, alternatively because of fear of too strong blood pressure reduction or of adverse effects of hypotensive agents.

1. More than half (54.3%) of all patients with arterial hypertension treated in outpatient setting did not achieve target blood pressure values. 2. The most common cardiovascular risk factors and comorbidities in patients with poorly controlled arterial hypertension included dyslipidemia, abdominal obesity, ischaemic heart disease, and diabetes. 3. Almost three thirds of all patients with poorly controlled arterial hypertension were administered more than one hypotensive agent, most often angiotensin converting enzyme inhibitor, beta-blocker or diuretic. Fixed-dose combinations were used in approximately 10% of patients. 4. Hypotensive pharmacotherapy was not modified for more than half a year in over 60% of patients, despite signs of poor blood pressure control. 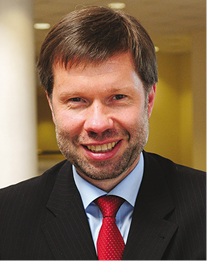 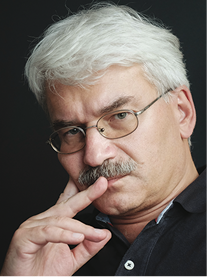