Treatment with statins and testosterone levels in men 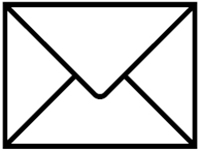 Introduction: Statins belong to the most commonly used medicines worldwide. They affect cholesterol synthesis and thus they may suppress steroidogenesis. Our aim was to evaluate whether the use of statins is associated with the concentration of sex hormones.

Conclusions: We conclude that the use of statins may have an impact on the diagnosis of age-related testosterone deficiency in men.

This work was supported by the Ministry of Science and Higher Education of Poland (grant code: 2PO5D 07630).

Statins — thanks to their demonstrated efficacy in the primary and secondary prevention of cardiovascular disease — are commonly used medicines. It is estimated that between 7% and 20% of adult and elderly patients are currently taking statins.

In view of the growing epidemiological significance of cardiovascular disease and diabetes mellitus in developed countries, statin use is expected to increase. A thorough analysis is therefore warranted that would address all the health aspects of their chronic use and the incidence of their adverse effects.

Cholesterol is an essential substrate for the synthesis of steroid hormones. It is delivered to the gonads and the adrenal glands mainly by low-density lipoproteins (LDLs) with only small amounts of it being synthesised directly in the cells of these organs [1].

So it is reasonable to hypothesise that the use of statins may suppress steroidogenesis [2–6]. A certain role may also be played by other mechanisms of action identified in the case of statins, such as the inhibition of 17-hydroxysteroid dehydrogenase activity (simvastatin) [1, 7].

The extensively investigated age-related decline in testosterone levels is related to the so-called late-onset hypogonadism (testosterone deficiency syndrome) and the associated adverse metabolic phenomena. The effects of treatment with statins on sex hormone levels have been addressed in multiple publications, but the results of these studies are equivocal [2–5, 8–12].

The aim of our study was to assess the effect of treatment with statins on the levels of sex hormones, including testosterone, in a male population of Lower Silesia (a region of Poland).

Our study was conducted in a group of males participating in the research project 2P05D07630. The experiment was approved by the Committee for the Ethical Conduct of Research Studies. Invitations were sent to randomly selected inhabitants of Lower Silesia. A total of 237 men (out of 900 men invited) qualified for the investigation. Each participant gave written consent to the study.

Medical history including a history of past and present illnesses and a smoking history was taken from each participant.

Men who were taking medicines that might affect serum testosterone levels (androgenic-anabolic steroids, GnRH analogues, clomiphene citrate, antiepileptics, barbiturates), had a history of endocrine diseases or serious general diseases (testicular tumours, ischaemic heart disease, heart failure, liver cirrhosis, alcoholism) or had other factors that might affect testosterone levels (e.g. a vegan diet) were excluded from the study. In the present study, to avoid a potential effect of smoking on hormone concentrations, we analysed only men who did not smoke (n = 189).

The participants were divided into two groups, which were uniform in terms of age and body mass: a group of 38 men who had been taking statins (Group S; age: 58.6 ± 7.6 years) and a group of 151 men who were not taking statins (Group NS; age: 57.9 ± 5.6 years). The men in Group S had been taking atorvastatin at the dose of 20 mg/day or simvastatin at the dose of 20 mg/day for at least three months. Most of these men received statins for hyperlipidaemia or as part of treatment for type 2 diabetes mellitus.

All the men were in a good general condition, and 43% of them had a college or university degree. The most common illnesses declared by the participants in the medical history were: hypertension (21%), spondylarthritis and peripheral osteoarthritis (19%), benign prostatic hyperplasia (5%) and type 2 diabetes mellitus (4%).

Statistical calculations were performed using Statistica 10.0 (StatSoft). The distribution of variables was assessed using the Shapiro-Wilk test for normality. The hormonal parameters between the groups were compared using the analysis of variance and covariance (body mass as a confounder). The statistical significance was determined at p < 0.05.

There were no significant differences of age between Group S and Group NS.

There were no significant differences between the groups in the levels of the other hormonal parameters, i.e. LH, FSH, E2, and DHEA-S (Table I).

Table I. An average, 95% confidence intervals, and the results of analysis of variance and covariance (body mass as a confounding factor) of age, body mass, body mass index and hormone levels in men receiving and not receiving statins (S and NS groups)

We merely observed a trend towards lower values of total testosterone levels in participants taking statins. The difference was not, however, statistically significant until the results were adjusted for body mass. When this factor was included, use of statins correlated with reduced T.

Hall et al. conducted a large epidemiological study (Boston Area Community Health [BACH] Survey) in 1,812 men, 237 of whom were taking statins (simvastatin, pravastatin, lovastatin, fluvastatin and rosuvastatin) for a minimum of four weeks, and showed that the treated individuals had significantly lower total testosterone levels than the untreated ones [2].

Two double-blind studies investigating the effect of statin treatment on total testosterone levels have been published, a study by Dobs et al. and a study by Hyyppa et al., both having been conducted in patients with hypercholesterolaemia without other co-morbidities [3, 4]. A total of 81 patients participated in the study by Dobs et al., including 39 men receiving placebo and 41 men being treated by simvastatin for 12 weeks at the dose of 80 mg/day, i.e. four times higher than the dose we used in our study. The study showed a significant reduction in total testosterone levels in the group receiving statins compared to the placebo group [3]. Simvastatin taken in a lower dose, 20 mg/day, for 12 weeks also reduced total testosterone levels compared to the group of patients with hypercholesterolaemia receiving placebo [4].

In another study (Rosatto et al.), simvastatin at the dose of 80 mg/day also caused a significant reduction in total testosterone levels [13].

Corona et al. assessed the effect of treatment with statins on total testosterone levels in patients evaluated for erectile dysfunction [5]. They studied 3,484 men, 244 of whom were treated with simvastatin or atorvastatin. The study demonstrated that men treated with statins had significantly lower total testosterone levels, also after adjustments for age and waist circumference.

Not all the studies, however, showed a testosteronelowering effects of statins. Results similar to ours were obtained by Bohm et al. After examining 15 men and seven women, some of whom had been taking pravastatin at the daily dose of 40 mg for three months with the others taking placebo, they did not observe any differences in total testosterone levels between the two groups [9].

Also Santini et al., while evaluating total testosterone levels before treatment with atorvastatin at the dose of 20 mg/day and three months after treatment in 16 men, did not observe any significant differences in total testosterone levels, even though the levels of total cholesterol and LDL-cholesterol decreased and reached the upper limits of the reference ranges [10].

The fact that most of the men we studied had no serious co-morbidities could be the reason why we only observed a trend towards lower values of total testosterone rather than significantly lower levels.

On the other hand, in the already cited doubleblind study by Dobs et al., although free testosterone levels were lower in the group treated with simvastatin compared to those in the placebo group, the differences were not statistically significant [3].

In contrast to the studies cited above, and to our study, Santini et al. observed no changes in free testosterone in subjects treated with statins. The latter findings might have been influenced by a small number of subjects [10].

Participants in our study who were taking statins had significantly lower levels of bioavailable testosterone. Our findings are consistent with those of Dobs et al [3]. In other studies cited above, this parameter was not measured.

In our study, treatment with statins was associated with increased levels of SHBG. There are only a few reports regarding this issue. In the BACH study, lower values of SHBG were observed in men treated with statins [2]. On the other hand, data obtained by Dobs et al. and by Santini demonstrated that statins did not affect SHBG concentration [3, 10].

Most of the studies cited above, and our study, did not show any effect of statins on the levels of DHEA [9, 10]. Only the study by Hall et al. demonstrated lower levels of DHEA-S in men treated with statins [2].

It seems that there are no differences of FSH and LH in men receiving or not receiving statins [3, 9, 10]. In the study by Corona et al., however, patients treated with statins had significantly higher FSH levels. It should be noted that the study was conducted in a specific group of patients, namely patients with erectile dysfunction [5].

Kocum et al. investigated the impact of a statin dose on sex hormone levels in men. They evaluated sex hormone levels after 12 weeks of treatment with atorvastatin in two dose ranges: 77 men took doses in the range of 40–80 mg/day, and 83 took doses in the range of 10–20 mg/day. They observed no significant differences in the levels of total testosterone, free testosterone, SHBG, LH and FSH between the groups [8].

The antiandrogenic effect of statins has been also emphasised in a study by Platz et al. that compared patients with prostate cancer receiving statins for various reasons with patients not receiving statins [15]. The antiandrogenic effect of statins contributed to lower mortality and lower propensity to metastasis in the group of patients treated with these medicines. It was shown that the longer the duration of treatment with statins, the stronger the effect.

While analysing the effect of the increasingly common treatment with statins on testosterone levels in men, it should be noted that this effect has not yet been widely addressed in ageing men [16–18]. This may result in overdiagnosis of late-onset hypogonadism (LOH) and a too early decision to initiate replacement treatment [19–21]. The potential of statins to induce testosterone deficiency may be of clinical relevance here.

As already mentioned, statins reduce cardiovascular mortality, which is unique for lipid-lowering agents. While it is commonly recognised that testosterone deficiency plays an adverse role here, it should be noted that men who have undergone castration, or patients with Klinefelter syndrome, have lower testosterone levels that are associated with lower cardiovascular mortality [22, 23].

It should also be added that the increased risk of type 2 diabetes mellitus associated with statins therapy and confirmed by e.g. the study by Sattar et al. may also be associated with testosterone level decline. A study by Ding et al. showed a relationship between lower serum testosterone levels in men and the development of type 2 diabetes mellitus [25, 26].

Further studies are required to elucidate the relationships between statin therapy and cardiovascular mortality, the incidence of type 2 diabetes mellitus, and the testosterone-lowering effects of these drugs.