Coexistence of non-dipper hypertension with other chronic diseases

Chair and Department of Internal Diseases, Medical University in Lublin

Background Hypertension is currently one of the major risk factors of cardiovascular diseases. Level of blood pressure fluctuates over a 24-hour cycle. Depending on the incidence of daily blood pressure rhythm disorders, or a lack thereof, we can distinguish dipper and non-dipper profiles.

Material and methods The analysis covered medical documentation and a 24-hour blood pressure rhythm monitored by the ABPM system in selected 130 patients with diagnosed arterial hypertension, aged between 18 and 87, hospitalized in the years 2010–2014 in the Internal Medicine Department.

Conclusions Non-dipper type patients constitute a quite varied group in terms of concurrent diseases. These patients should be actively monitored for specific chronic illnesses.

The analysis covered medical documentation of 130 patients with hypertension, aged between 18 and 87, hospitalized in the years 2010–2014 in the Internal Medicine Department. These consecutive patients underwent ambulatory blood pressure monitoring (ABPM) for 24 hours with automatic recorders, including estimation of a night time dip. In 50 non-dipper patients (33 women and 17 men) no physiological night-time blood pressure dip was observed. The next 60 patients (44 women and 16 men) were of the dipper type (Figure 1). On the other hand, ABPM was incomplete for the remaining patients, due to the insufficient number of measurement or no irregularities detected. Medical documentation of 110 patients was reviewed in terms of addictions and internal diseases concurrent with hypertension. The age difference was not statistically significant between the groups. The statistical analysis was conducted on the basis of the chi-square test for non-parametric qualitative variables, the correlations among them were estimated with Pearson’s coefficient, and p < 0.05 was considered statistically significant. The calculations were made with Statistica 8.0 software. 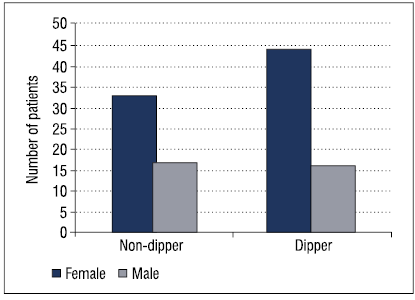 Figure 1. Description of the examined dipper and non-dipper patients in terms of gender

Pursuant to the analysis of medical documentation of 130 patients monitored with the ABPM system, a complete record was compiled for 110 patients (85%). In the remaining cases (15%) the monitoring was incomplete due to the insufficient number of measurements or no irregularities detected. Among 110 patients with hypertension, 45% were of the non-dipper type, while 55% of the dipper type. In the non-dipper group, there were 66% women and 34% men, whereas in the dipper group there were 73.3% women and 26.7% men. Moreover, differences in the group size were statistically insignificant (p > 0.05). 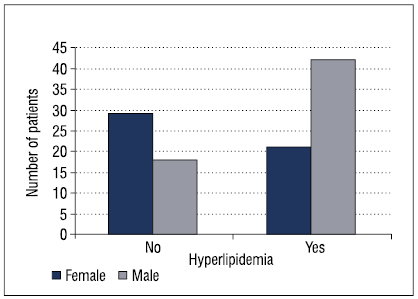 Figure 2. Correlation between hyperlipidaemia and hypertension in non-dipper and dipper patients

Regarding addictions, 26% of patients in the non-dipper group declared smoking, while in the dipper group only 3.3%. These statistically significant differences (p < 0.05) are presented in the graph (Figure 3). All results are summarized in Table 1. 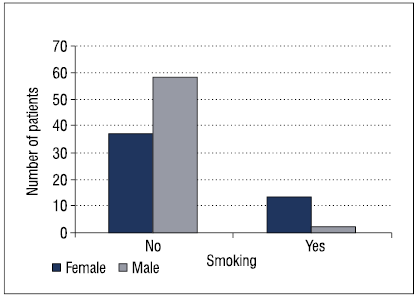 Figure 3. Correlation between smoking and hypertension in non-dipper and dipper patients (p < 0.05)

Table I. Summary of the results

Due to the broader availability of the ambulatory blood pressure monitoring system it is possible to evaluate the 24-hour blood pressure pattern and to identify patients with no blood pressure decrease at night. Most patients with primary hypertension maintain the daily blood pressure rhythm [1]. Absence of a night time dip registered by automatic measurement may indicate a secondary cause of hypertension, usually nephrological (renal artery stenosis or renal parenchymal diseases), endocrinological (Conn’s syndrome, Cushing’s syndrome, pheochromocytoma), neurological (Shy-Drager syndrome) and pulmonological (obstructive sleep apnoea) [1–5]. In our study, two groups of patients with hypertension (dipper and non-dipper type) are compared with regard to concurrent illnesses. In non-dipper patients a secondary cause of hypertension was excluded. In both groups, hypertension frequently coexists with diabetes or other carbohydrate metabolism disorders. Besides, thyroid diseases, especially hyperthyroidism, can contribute to higher blood pressure values not only during sleep but also in the daytime.

Apart from hypertension and diabetes, the cardiovascular risk factors include also obesity and hyperlipidaemia [6–8]. Despite the fact that long-lasting hypertension frequently results in renal failure, obesity itself can lead to kidney damage and consequently induce a rise in blood pressure. Even though the underlying mechanism of hypertension associated with obesity is not fully recognised, it is supposed be connected to activation of chronic inflammation within the adipose tissue [6, 8]. This results in increased resistance in small blood vessels, which induces development of hypertension [6]. Hyperlipidaemia as an element of the metabolic syndrome is still a very significant cardiovascular risk factor. According to our study, it occurs much often in dipper patients.

There may be various reasons for the lack of a night time blood pressure dip. A probable cause of this disorder is a disturbed function of the autonomous nervous system, for example as a complication of poorly managed diabetes or increased adrenergic activity as in hyperthyroidism [9–11]. Sodium sensitivity, that is higher absorption of sodium in renal tubules, plays also a certain role [12]. The factors responsible for sodium sensitivity contribute to development of primary dipper-type hypertension, as well. They can be genetically conditioned or acquired. In obese people, hyperinsulinaemia caused by raised resistance of tissue to insulin and a higher level of leptin produced in adipose tissue increase activity of the sympathetic system which stimulates RAAS [10, 13]. Furthermore, in patients with hypertension, the sympathetic system is stimulated as a consequence of prolonged smoking [14]. Smoking is a strong cardiovascular risk factor, whereas quitting is an effective way of prevention of many cardiovascular diseases [14]. Although no significant correlation between smoking and hypertension has been demonstrated so far, it is known that smoking can influence blood pressure in large vessels through its effect on arterial stiffness and on the shape of pulse wave [6, 14, 15]. Moreover, smokers have higher incidence of malignant hypertension. This type of hypertension is characterised by damage and necrosis of the middle wall of medium and small arterial vessels, and in consequence damage and failure of many organs. The results of our study reveal more frequent coexistence of smoking with non-dipper hypertension.

The difference in blood pressure between night and day results mainly from the sympathetic-parasympathetic balance during sleep and wakefulness. Diseases which affect the normal functioning of the autonomous nervous system (damage of the autonomous system in diabetes, obstructive sleep apnoea, Shy Drager syndrome) and smoking have also an impact on disorders of the 24-hour blood pressure cycle and absence of a night time dip. In dipper-type patients, hyperlipidaemia is a significant cardiovascular risk factor, apart from obesity, diabetes and kidney failure.

Chair and Department of Internal Diseases, Medical University in Lublin