A 17-year-old male was referred to the resuscitation department for sepsis related to choleriform diarrhoea. The physical examination revealed a tachycardia with a heart rate of 110 bpm and low blood pressure 80/40 mm Hg. No signs of heart failure were noticed and no abnormality was observed in the first electrocardiogram. Laboratory tests showed an important inflammatory syndrome with procalcitonin of 194 ng/mL. B-type natriuretic peptide (BNP) and troponin levels were 176 pg/mL and 0.52 µg/L, respectively. Transthoracic echocardiogram revealed preserved left ventricular systolic function (left ventricular ejection fraction [LVEF] about 70%) with a normal wall motion. Vascular filling and continuous norepinephrine infusion were indicated. However, the patient accidently received a bolus of 2 mg of norepinephrine. Immediately after, he reported chest pain with dyspnoea; crackles were auscultated. The second electrocardiogram revealed a depression of the ST segment in apico-lateral leads (Fig. 1). A comparative echocardiogram showed an impairment of LVEF (40%) with global hypokinesia and apical ballooning (Fig. 2A). Both BNP and troponin levels increased to 1500 pg/mL and 2.33 µg/mL, respectively. Norepinephrine was interrupted and replaced by dobutamine infusion. The patient required non invasive ventilation for 48 h; thereafter, the outcome was good with improvement of symptoms and haemodynamic status. A control echocardiogram confirmed the recovery of left ventricular function (LVEF 55%) and the absence of dilation (Fig. 2B). Multiple blood cultures were negative, and no toxin was detected in blood and urine analyses. A cardiac resonance imaging performed seven days later showed a preserved LVEF with no late enhancement (Fig. 3). Takotsubo syndrome (TSS) is characterised by transient wall motion abnormalities commonly involving the apical segment. Cases of iatrogenic TSS occurring after high-dose epinephrine administration have been reported, particularly in the setting of anaphylaxia, confirming the hypothesis that the underlying aetiology is related to excessive catecholamine endogenous or exogenous release. To the best of our knowledge, this is the first case reported in the setting of sepsis. The outcome is generally good with spontaneous resolution particularly in patients with no comorbidities; however, haemodynamic support might be necessary in some cases until the recovery of left ventricular systolic function. 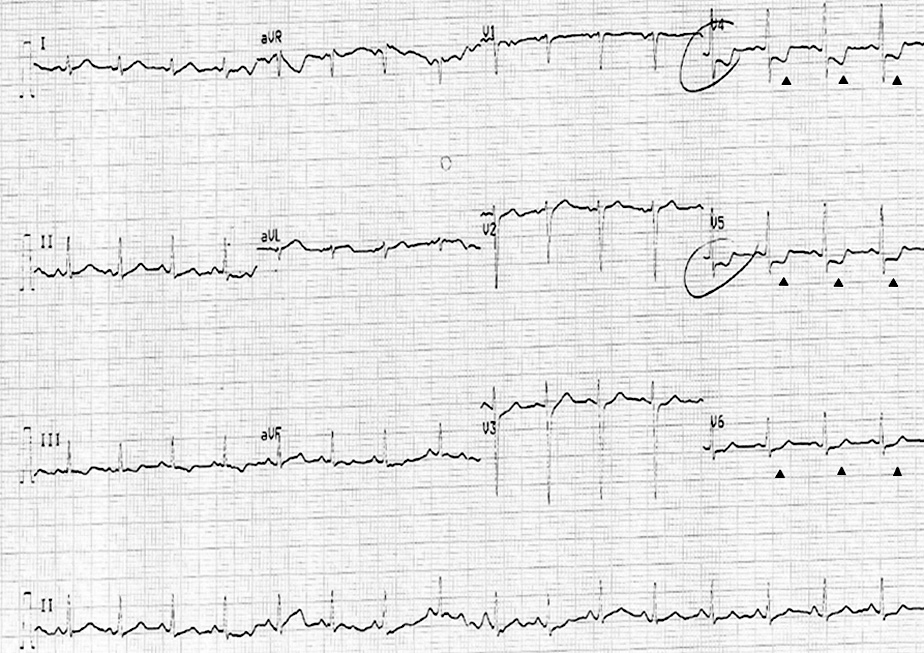 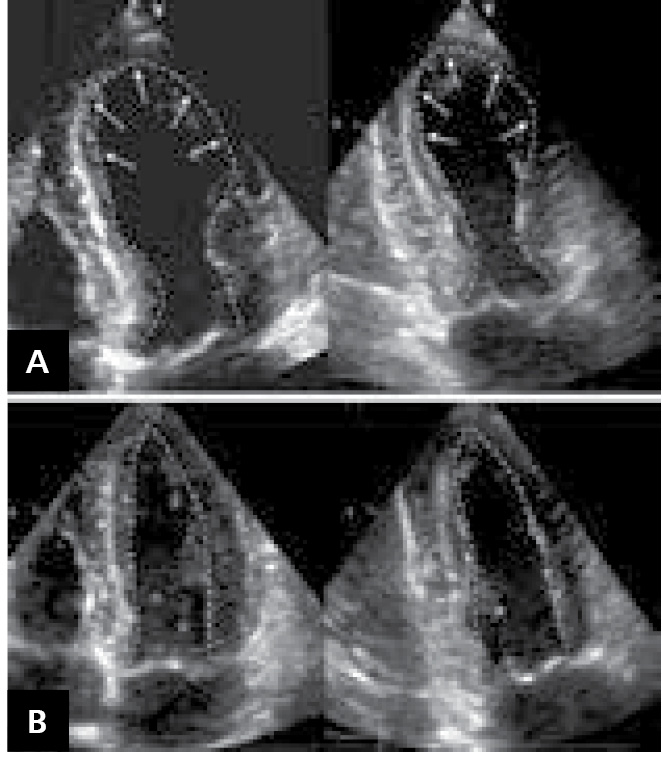 Figure 2. Comparative echocardiograms immediately after accidental norepinephrine bolus (A) and 48 h later (B) 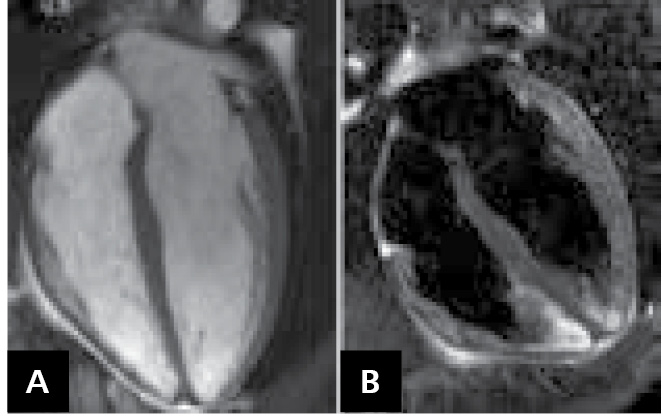