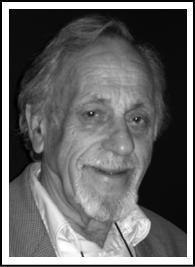 He was well known to members of the International Maritime Health Association (IMHA) for his work as the leader of Radio Medico Norway from 1985 to 2009, as the interim leader of the Norwegian Centre for Maritime Medicine (NCMM) 2005–2006 and as the first editor of the Textbook of Maritime Medicine, which has been developed in cooperation between NCMM and IMHA.

First of all — professor Schreiner was an eminent clinician and researcher. He published more than 100 scientific articles on infectious diseases and maritime medicine. For several years he was the leader of the Norwegian Society of Infectious Diseases and the Medical Society in Bergen. He was also an honorary member of the Norwegian Association of Maritime Medicine. Among many successful achievements in his career is the Centre of Tropical Medicine at the University of Bergen and — of course — the establishment of the NCMM.

He was a brilliant educationalist and teacher for thousands of students and colleagues. He combined remarkable creativity, high professional competence and a knowledge base which reached well outside the medical field with insightful wisdom of life. His advice was highly appreciated.

For his excellent contributions in medicine, he received the King’s Medal of Merit in Gold in 2003. The medal is in silver, but can be conferred in gold on very special occasions.

In the collegium he was a strong contributor to the fellowship with his warmth, joy and optimism. He described his life in a few words: “I am so privileged!”.

He was born in Bergen in 1933 and got his medical degree in Graz, Austria, in 1960. After serving in different hospitals and as a district medical officer in several districts, he started his work at Haukeland University Hospital in 1968. He specialised in internal medicine and infectious diseases. His main position was assistant professor from 1973, associate professor from 1979 and professor from 1985. At the time he should have retired, he continued working with great skill and working power with the NCMM.

Professor Schreiner was professionally active to the very last months of his life. This year he worked on production of video demonstration material for Radio Medico Norway. His last public appearance was his speech at Dr James Lind’s Dinner at the Norwegian Sea Health Conference on the 27th of August this year. He held a brilliant speech which will be remembered by all who got the chance to hear him.

One month later he was admitted to hospital, where they could confirm that the pain he had suffered from the last months was due to widespread cancer. The diagnosis of cancer had been known for several years, but metastasis had not earlier been diagnosed. After that it progressed rapidly. A few days before he died, he still was the same Aksel, although weakened by his disease. Even when facing death, he expressed his gratitude to colleagues and friends, and was grateful for his privileged life.

He was our mentor, our wise adviser and friend. A cornerstone of maritime medicine is no longer amongst us. We remember him with gratitude, respect and admiration.

Aksel is gone, but his memory will live in our hearts and minds forever.