The “torpedo” effect in medicine

The natural electrical phenomena fascinated humans since antiquity. The electrical discharges produced by the torpedo fish were highly appreciated among ancient physicians as Hippocrates, Scribonius Largus and Galen and were prescribed for headache, gout and prolapsed anus. In the medieval period, torpedo’s electrical properties were attributed to occult powers, while Renaissance physicians’ and scientists’ studied the anatomy and mechanical nature of the provoked shock paving the way for the discovery of the electrical nature of torpedo’s activity and the evolution of electrotherapy.

Human’s fascination with electricity has been well documented since antiquity. Ancient Greeks attributed to god Zeus, father of gods and men, the thunderbolt, as the ultimate sacred weapon [1]. However, the earliest illustrated bioelectrical phenomenon was drawn on the wall of the Egyptian tomb of architect Ti, dating back to 2500 BC, showing a small boat with a man who has hooked a Nile catfish (Malopterurus electricus) and he is going to experience a painful shock [2].

Ancient Greek philosophers and physicians refer extensively to the properties of the electric ray or torpedo fish, a group of rays capable of producing an electric discharge ranging from 30 to 50 volts depending on species and approaching the 220 volts in the case of Torpedo occidentalis. In the History of Animals, Aristotle (384–322 BC) describes the torpedo fish mentioning: “It necrotizes the creatures that it wants to catch, overpowering them by shock that is resident in its body and feeds upon them” [3]. The Greek philosopher Theophrastus (371–287 BC) recognises that the shock from the torpedo could be conducted through the trident used to spear it [4] and centuries later Plutarch (46–120 AD) realises that this effect can be transmitted through the water itself [5]. In 4th century BC, Plato (427–347 BC) in one of his famous dialogues, Meno, compares his teacher Socrates to a torpedo because of the benumbing effects of his conversation: “And if I may venture to make a jest upon you, you seem to me both to your appearance and in your power over others to be very like the flat torpedo fish who torpifies those who come near him and touch him as you have now torpified me. I think. For my soul and my tongue are really torpid, and I do not know how to answer you” [6]. In the Hippocratic Corpus, torpedo fish is mentioned under the name narke (meaning numbness), not for its shock properties but for its nutritional value, as its roasted flesh was recommended in asthma and in dropsy [7].

Nevertheless, in the 1st century AD, the Roman physicianz Scribonius Largus (1–50 AD) introduces in medicine the curative value of torpedo’s electric discharge for alleviating headache and gout. Anteros, a court official of Emperor Tiberius, was cured from gout when accidently stepped on a live black torpedo (Torpedo nobiliana) and received more than 100 volts. In his Compositiones medicinae, Scribonius refers to the incident, describing gout’s management as follows: “For any type of gout, a live black torpedo should, when the pain begins, be placed under feet. The patient must stand on a moist shore washed by the sea and he should stay like this until his whole foot and leg up to the knee is numb. This takes away pain and prevents pain from coming on if has not already arisen. In this way Anteros was cured” [8]. The distinguished pharmacologist Dioscorides (c.40–90) adds prolapsed anus to the list of diseases treatable by jolts of torpedo [9]. Even Galen (130–c.201), the famous physician of Roman period, seemed challenged by the torpedo’s powers; he hypothesized that torpedo was releasing some sort of venom and the numbness was provoked by a frigorific principle, probably through his observation of similar effects produced on human body by severe cold. In his treatise De puero epileptico (On the Epileptic Boy) he recommended torpedo as the only suitable cartilaginous fish for the diet of young epileptics [10].

In addition to the analgesic use, parts of torpedo’s body and especially the liver were employed to prepare potions and ointments endowed not only with curative effects but also with anti-aphrodisiac power and the capability to facilitate parturition. Pliny the Elder (23–79) adds to the list of curable diseases the splenic and intestinal disorders and proposes several local preparations based on torpedo. However in order to be effective it should be prepared in a particular period of the year and with the moon in a particular phase: “If it is caught while the moon is in Libra and kept for three days in the open it makes parturition easy”. With the time, the rituality for these preparations would include magic elements, such as the need to pronounce magic words, contributing to place the torpedo in the territories of fantasy and oddness [11].

Torpedo treatment was transmitted through the works of Ancient Greeks and Roman physicians and it was mentioned in Arab medical texts. In Avicenna’s (980–1037) Canon of Medicine torpedo treatment is considered effective for treating headaches, melancholy and arresting epileptic seizures [12].

In the Medieval period, torpedo’s electric power was attributed to magic and occult properties and of interest is the scholastic doctrine, De animalibus, of Albertus Magnus (1193–1280) that tries to distance himself from these fantasies recalling Aristotle’s and Pliny’s writings and observes fish properties without superstition. He refers to the case of one brother of his religious order that he touched accidentally a torpedo and experienced a severe sensory and motor loss: “It (torpedo) mumps anyone touching it no matter how fast he might withdraw his hand. It does so with such power that one of our comrades just poking at it with the tip of his finger touched it and just barely regained sensation in his arm within half a year by means of warm baths and unguents” [13].

In their turn, scientists of Renaissance didn’t recognise that torpedo was producing electrical current and speculated on the cause of the phenomenon, whether it was frigorific or occult. In Guillaume Rondelet’s (1507–1566) important work on aquatic life we may find the external and internal anatomy of torpedoes in detail mixed with Galen’s frigorific mechanism of shock and his idea that the torpedo possesses a blind or invisible power that science could not explain. Therapeutically, he recommends boiled torpedo for joint pain and for diminishing the sexual drive in men [14].

However, in the midst of 17th century’s scientific revolution, the Italian physician Francesco Redi (1626–1697) made an important observation putting first the hypothesis for a mechanical nature of the shock. In his text of 1671 Redi mentions that during his travel in Italian coast a torpedo provoked his arm to tingle and tremble when it was touched. He also described a dissection that he conducted on the torpedo which led him to identify “two bodies or possibly two muscles of falciform shape (musculi falcati), the rapid basis of which seemed to be responsible for their effect” [13]. His pupil Stefano Lorenzini (1652–post 1700) elaborated that idea and in his work entitled Osservazioni intorno alle torpedini reported some nervous structures of ampullar shape (Lorenzini’s ampullae) now known to be part of electroreceptors.

Nevertheless, the previous theories still failed to account the torpedo’s ability to act through water and at a distance. In 1714, the French scientist René-Antoine Ferchault de Réaumur (1683–1757) rejected the Galenic idea of cold poisoning, stating, after experimentation that the movements of musculi fasciati are responsible for the shock. When torpedo contracts its muscles, making its back concave, these springs become mechanically “charged”, ready to release their energy in a sudden way when the fish relaxes its body and releases them. Réaumur’s mechanical theory about the torpedo action was widely accepted till the mid-18th century [15, 16]. In 1773, the eminent physician John Hunter (1728–1793) provided the best verbal and pictorial description of the torpedo’s electrical organs to date (Fig.1). He wrote that they are made of about 470 perpendicular columns comprised at “either hexagons or irregular pentagons” separated by thin membranes. About the same time the discovery of the electrical nature of torpedo’s shock by the British scientist John Walsh (1725–1795) was followed by the experiment of Henry Cavendish (1731–1810) (Fig. 2) [13]. Cavendish constructed an artificial torpedo by placing charged Leyden jars (a device for storing electric charge that uses the same principle as modern capacitor) in a leather case which in size and shape resembled the actual fish. The results obtained confirmed the views propounded by Walsh as the electrical nature of torpedo’s activity [17]. 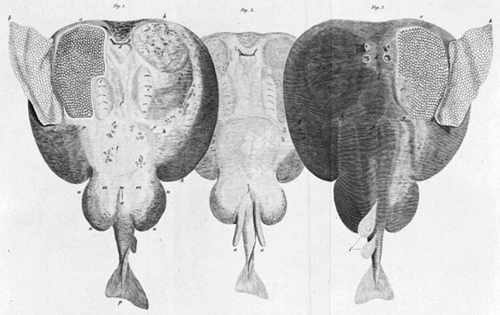 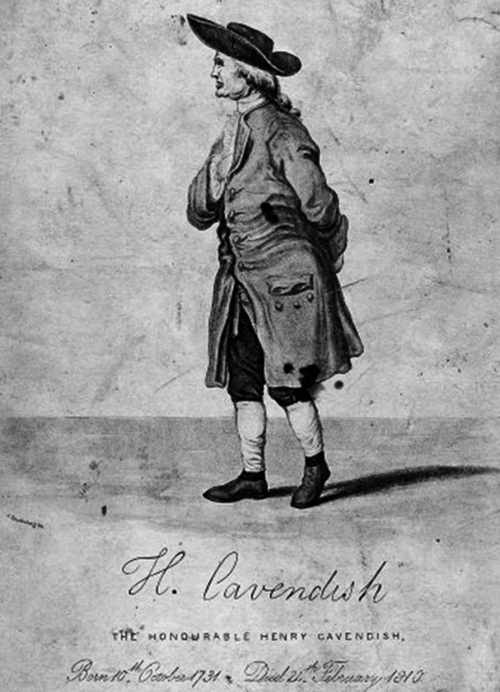 Further investigations made considerable headway in the 18th century and in the next centuries the advent of the electric battery and other devices that produce electrical energy, led in electrotherapy’s panacea, not only for the medical profession but also for charlatans that were promising to cure using the torpedo model every conceivable disease. Electric invigorators, electric belts and vibration devices were promoted by charlatans to “energise” the body by replacing lost energy and creating a new one, while some of the legitimate medical uses of electrotherapy were to relieve headaches, to cauterise wounds and to stimulate paralysed muscles. In 1855, the French neurologist Guillaume Duchenne de Boulogne (1896–1875), considered also the father of electrotherapy, used electric current for an excessive range of diseases [18].

In the following century till nowadays electrotherapy was used for several conditions with a debatable effectiveness: relaxation of muscle spasms, prevention of diffuse atrophy, muscle rehabilitation, post-traumatic pain, wound healing, pressure ulcers and drug delivery proving that torpedo has still a great impact in medicine [19].