Diagnosis of acute pulmonary embolism can be difficult

Despite a significant progress in the management of acute pulmonary embolism (PE), it still remains one of acute cardiopulmonary diseases that are very difficult to be properly diagnosed without any delay. Recent survey of US practitioners revealed that PE is regarded by physicians themselves for the most frequent cause of diagnostic mistakes [1]. This is mostly due to nonspecific PE signs and symptoms. Syncope with anginal chest pain especially when negative T waves in precordial leads and elevated plasma troponins levels are present may suggest acute coronary syndrome (Koć M., Ciurzyński M., Piotrowska-Kownacka D., Pruszczyk P. Isolated right ventricular infarction as a result of acute pulmonary embolism, Folia Cardiol. 2015; 10: 438–441). Alternatively, fever, dispone, lung infiltrates or pleural effusion may lead to the misdiagnosis of pneumonia or other acute respiratory tract disease. Authors elegantly described a case of 32-years-old patients who experienced PE most probably as a result of displacement of thrombus primary attached to ICD electrode. Clinical picture was initially suggestive of acute infection and plural effusion was found at chest X ray. It is worth pointing out that the presence of pleuritic chest pain in a patient with a pleural effusion was reported to be is suggestive of PE. In the Registro Informatizado de la Enfermedad TromboEmbólica Registry (RIETE), half of in patients with PE and no chronic lung disease or heart failure reported pleuritic chest pain or hemoptysis and presented pleural effusion in 27% of them. Whereas in patient with PE and isolated dyspnea only 12% had pleural effusion (Lobo J.L., Zorrilla V., Aizpuru F. et al. Clinical syndromes and clinical outcome in patients with pulmonary embolism: findings from the RIETE registry. Chest 2006; 130: 1817–1822). Interestingly most of pleural effusions due PE are exudates, frequently hemorrhagic. Pleural effusion in PE may be massive and may necessitate thoracentesis. However, pulmonary embolism accounts for less than 5% of pleural effusions requiring this procedure. Moreover, lung infarctions detected by chest X-ray or multislice spiral computed tomography (MSCT) can be misdiagnosed as lung infiltrates of various origins. It is worth to recall an analysis from Mayo Clinic which revealed among 43 patients referred for lung biopsy due to solitary or multiple lung nodules/masses of undetermined etiology; surprisingly the most common final diagnosis was pulmonary thromboembolism which was found in 18 cases, 42% [2].

As Authors concluded, pulmonary embolism should be suspected in patients after lead-related procedures, even when clinical presentation is poor or unspecific. Moreover PE should be considered in the differential diagnosis of patients with an undiagnosed exudative pleural effusion. 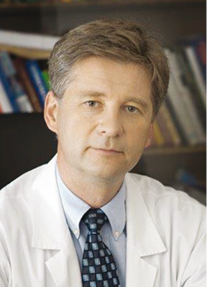