Role of obesity in patients with cardiovascular disease

Currently, obesity in most cases is defined as a body mass index (BMI) exceeding the threshold of 30 kg/m2. Obesity is associated with an excessive accumulation of the adipose tissue in various body regions. Adipose tissue tends to accumulate subcutaneously mostly on the abdomen and hips, but it can be also found around internal organs, including heart blood vessels etc. There are several causes of obesity, with the most important one being excessive calorie intake, but the genetic defects also have been identified and subcategorized into rare genes that produce significant obesity and a group of more common genes that underlie the propensity to develop obesity under permissive environmental conditions.

Adipose tissue is no longer considered as simple energy storage. Currently, we know that adipose tissue is one of the biggest and most important secretory organs in the human body. It produces a variety of different substances including free fatty acids, tumor necrosis factor alpha (TNF-α), complement components interleukins 6 (IL-6), 1 (IL-1), and most importantly adipokines with different biological role, including adipokine or visfatin [1].

Because of the complex role of the adipose tissue in human body, it has an imminent role in the pathogenesis, development and course of the number of disease, including those of the cardiovascular system. Cardiovascular disease is the leading cause of mortality and morbidity in the developed countries [2]. Epidemiological data show that approximately 35% are obese and 69% are either overweight or obese [3]. Taking into the consideration the fact that obesity is also a growing, global epidemics affecting both pediatric and adult populations, associated with a decreased life expectancy, its association with cardiovascular disease is especially important [4]. The relationship between obesity and cardiovascular disease has been widely studied, but a number of questions remain to be answered. This includes potential mechanism responsible for their association.

Moreover, obesity causes non-local, but rather generalized changes in the body homeostasis. Obesity has been linked to development of diseases like atherosclerosis (including coronary heart disease, peripheral artery disease, and cerebral artery disease), heart failure and cardiac arrhythmias. In most cases it is due to the exacerbation of cardiovascular risk factors and comorbidities such as hypertension, dyslipidemia, glucose intolerance or diabetes and obstructive sleep apnea [5]. One of the potential mechanisms of this association was depicted in the paper by Zalewski et al. published in the present number of Folia Cardiologica. The Authors assessed the influence of obesity on hemodynamic, autonomic and cardiovascular function in a cohort of otherwise healthy, young males. The authors found that increased BMI was correlated with parameters of cardiac function, body fluid content and other parameters considering autonomic function. The paper adds to the growing body of literature showing that obesity influences negatively cardiac structure and function, partially because of the hemodynamic overload.

Recent studies and meta-analyses showed that left ventricular hypertrophy is present in a consistent fraction of the obese population and that eccentric hypertrophy prevails over the concentric phenotype [6]. Moreover, adaptation to obesity consists of left-ventricular dilatation and hypertrophy (eccentric hypertrophy) irrespective of arterial pressure levels Obesity is also a risk factor for systolic/diastolic dysfunction. On the contrary, weight loss by means of caloric restriction or surgery results in favorable hemodynamic changes referred to as reverse remodeling and including regression of left ventricular mass and chamber size has been shown universally [7].

It is worth mentioning that the literature also shows data on the so called “obesity paradox”, which is defined as a reduction of the risk of hospitalization, cardiovascular events and death due to increased BMI, particularly in patients with heart failure, but also coronary artery disease or stroke [8, 9]. In part in can be associated with an increased medical vigilance and intensified pharmacotherapy in obese patients, but the rationale and significance of this phenomenon is inconclusive and remains to be discovered.

Nevertheless, it seems that obesity and fat accumulation have a negative impact on the development, progression and prognosis in majority of cardiovascular disease. The study by Binter et al. is another attempt to describe the patho­physiological association of obesity with cardiovascular disease, which sheds the light on the undergoing mechanisms and stresses the importance of weight loss in cardiovascular disease prevention. 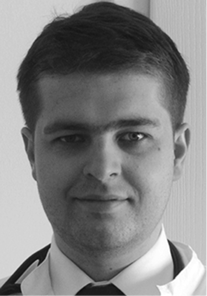