Complete left bundle branch block (CLBBB) is a dromotropic disorder that occurs as a result of interruption or slowing conduction in (1) the left His bundle, (2) the stem (trunk) of the left bundle branch, (3) concomitant block on the left fascicles or divisions of left bundle branch (divisional or fascicular CLBBB), or (4) on left Purkinje globally approached, causing sequential biventricular activation with a consequent delay of the electrical activation between the septum and lateral wall of the left ventricle [1, 2]. This conduction disorder causes loss of normal ventricular contraction synchronism, which may lead to deterioration of left ventricular function [2, 3].

CLBBB has been closely associated with cardiovascular diseases such as hypertension, coronary artery disease, the two previous in combination, valvular heart disease, idiopathic dilated cardiomyopathy, Lev disease, Lenègre disease, and other causes considered miscellaneous [4, 5]. However, in approximately 12% of cases, no evidence of organic heart disease is apparent at the time of CLBBB diagnosis [6]. CLBBB may precede the onset of heart disease for years, leading some investigators to consider it a possible precursor to latent cardiomyopathy [2]. Although some studies have suggested that CLBBB may have a benign prognosis [7, 8], most have indicated that CLBBB has poorer prognosis in comparison to normal intraventricular conduction and also compared to right bundle branch block, with a median survival of 5 years from the time of diagnosis [2, 4, 5, 7, 9–12]. Furthermore, the electrocardio­graphy (ECG) characteristics of CLBBB obscure the application of common criteria for the diagnosis of left ventricular hypertrophy (LVH), myocardial infarction (MI) in the chronic phase, and diseases that cause modifications on the ST-T segment, establishing a need for other studies to assess these heart diseases in the presence of CLBBB [13–17].

The objective of this study was to establish the relationship between the ECG characteristics of CLBBB and structural heart diseases evaluated by transthoracic echocardiogram (TTE). Specifically, the following aspects were evaluated: (1) prevalence of structural heart disease vs. normal heart; (2) ECG criteria for LVH in relation to left ventricular mass index (LVMI) assessed by TTE; (3) validity of the QRS axis and duration to discriminate between normal and reduced left ventricular ejection fraction (LVEF), and (4) sensitivity and specificity of ECG signs described in the literature for the diagnosis of chronic phase of MI.

This observational, descriptive, cross-sectional study involved the analysis of ECGs with CLBBB from hospitalized and ambulatory patients at our institution between May 2012 and May 2013. Patients over 18 years of age who had a TTE performed at an interval no longer than 6 months from the diagnostic ECG were included. Those who developed CLBBB during an acute coronary syndrome or 24 h before death were excluded.

The diagnostic criterion for CLBBB was the combination of QRS complex duration ≥ 120 ms; wide, monophasic, slurred, or notched R wave recorded slowly in the left leads (I, aVL, V5, and V6); QS or rS pattern in the right precordial leads and; ventricular activation time, intrinsicoid deflection or “R peak time” ≥ 60 ms in the left precordial leads V5 and V6 [18].

The medical records of the included patients were reviewed to assess cardiovascular risk factors and past medical history. The echocardiographic parameters surveyed were LVEF (normal value 55–75%), LVMI (normal value: men < 116 g/m2, women < 96 g/m2), left atrium volume index (normal value 22 ± 6 mL/m2), presence of moderate to severe valvular disease, and presence of areas of akinesis or dyskinesis with thinning of the ventricular walls [19]. These parameters were assessed along with clinical background to establish the diagnosis of chronic phase of MI, which were classified based on their location as anterior, inferior, or lateral infarctions. The ECG variables evaluated were QRS electrical axis, QRS duration, and QRS voltage as well as the ECG signs described in the literature for the diagnosis of LVH (9 signs) and chronic phase of MI (8 signs, Tables 3–5).

Informed consent was obstained from all patients and the Ethic Committee of the institution approved the study.

Continuous data were expressed as mean (± standard deviation) or median (25–75th percentile), and differences were compared with Student’s t test or the Mann–Whitney U test, as appropriate. Discrete data were expressed as percentages and compared using the χ2 test or Fisher’s exact test, as appropriate. The area under the receiver operating characteristic curve was used to evaluate the diagnostic accuracy of the ECG criteria for LVH and MI in the chronic phase. Receiver operating characteristic (ROC) curves were also applied to evaluate the sensitivity and specificity of QRS duration and axis deviation for predicting the reduction of LVEF. P values less than 0.05 were considered statistically significant.

The sensitivity, specificity, positive and negative predictive values of the signs for LVH diagnosis are listed in Table 3.

Forty-two (42%) patients had a history of MI confirmed by TTE (Fig. 2). Eight different ECG signs proposed for the diagnosis of MI in the chronic phases demonstrated similar effectiveness, with high specificity and reduced sensitivity (Table 5). 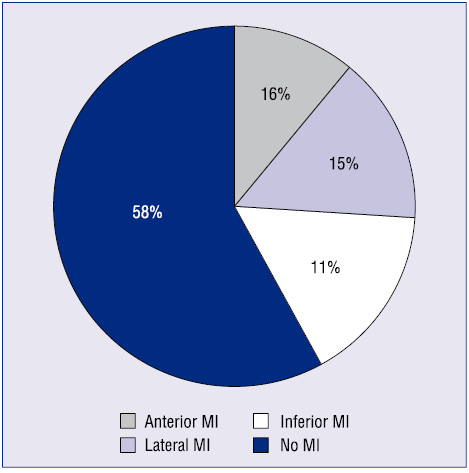 Table 5. Diagnostic accuracy of electrocardiographic criteria for myocardial infarction in the chronic phase.

This study demonstrated that the presence of CLBBB is associated with a high prevalence of structural heart disease (90%) and that it hinders the implementation of common diagnostic ECG criteria for heart disease. Distinguishing patients with heart disease from those with normal hearts, diagnosing LVH, and predicting reduced LVEF were not possible. The effectiveness of multiple ECG signs for the diagnosis of chronic phase of MI and LVH was similar, showing high specificity but reduced sensitivity.

The prevalence of CLBBB increases with age, at 0.05% in patients younger than 30 years, 0.4% at age 50, 2.3% at 75, and 5.7% in patients over 80 years of age [21, 22]. The causes of CLBBB are degenerative, mechanical, and/or ischemic, which explains its association with underlying organic heart disease [2, 17, 23]. Autopsy studies have shown a 95% prevalence of structural heart diseases among patients with CLBBB, similar to that found in this study [9]. No ECG sign was useful to distinguish patients with heart disease from those with normal hearts. While this finding might have been due to the small number of patients with normal TTE, to our knowledge no descriptions in the literature allow the accurate distinction of these two groups of patients. Although the presence of CLBBB in hearts without apparent illness, especially in young patients, may have good long-term prognosis, a meticulous and prolonged follow-up is always necessary because CLBBB may be the first sign of a future cardiovascular disease (“latent cardiomyopathy”) [2].

The prevalence of LVH documented with TTE was 59%, similar to that of other echocardiographic studies and less than the 90% prevalence described in anatomical-pathological observations [17, 24]. The identification of LVH in patients with CLBBB has been controversial: some studies have reported correlations between various ECG voltage criteria and CLBBB, while others have not been able to confirm these findings [14, 16, 17, 24]. In the present study, none of the criteria were significantly correlated with LVH, and the area under the ROC curve was less than 0.6 in all cases. As in previous studies, we found that the evaluated criteria have reasonable specificity but low sensitivity [14], which could be explained, in part, by the fact that QRS voltage tends to decrease after the appearance of CLBBB in patients with LVH [9].

Several manuscripts indicate that the presence of extreme left axis deviation, right axis deviation (paradoxical type) and very prolonged QRS complex in patients with CLBBB are markers of poor prognosis [10, 11, 17, 25–27]. These findings led us to hypothesize that both ECG parameters could be useful to detect left ventricular systolic dysfunction. In this series, the average QRS duration was similar to that found in other studies, as was the percentage of patients with extreme QRS axis deviation to the left, which was approximately 60% [17]. Nevertheless, neither of these parameters correlated with reduction of LVEF. One possible explanation for QRS prolongation and left axis deviation being signs of poor prognosis while having no relation to reduced LVEF may be that both signs primarily reflect disease of the conduction system rather than damage to the myocardium [17]. This explanation is supported by the findings of Spurrel et al. [28] and Dhingra et al. [3] showing that left axis deviation and QRS prolongation in patients with CLBBB were related to greater prolongation of the PR, AH, and HV intervals and atrial and atrioventricular refractory periods which, in turn, was associated with increased mortality.

A significant percentage of patients with CLBBB had coronary artery disease. More than 57 signs have been proposed for the diagnosis of chronic phase of MI in patients with CLBBB [15, 29]. In the present study, none of the 8 most common diagnostic criteria had a high diagnostic efficiency or was superior to the others. All were characterized by a high specificity and reduced sensitivity, consistent with the concept that the CLBBB obscures the diagnosis of evolved infarcts, regardless of their location [15, 17].

The limitations of this study should be acknowledged. The presence of heart disease was evaluated only with TTE and not with other methods that would have provided complementary information. The diagnosis of chronic phase of MI and its location was based on medical history and echocardiographic findings, but no angiographic corroboration was available in many cases. Furthermore, the sample of patients included represents a population of an elevated average age, which can greatly influence the conclusions. Finally, the statistical power to establish associations was limited owing to the low number of patients included.

The prevalence of cardiac structural disease is elevated in patients with CLBBB. Its presence hinders the application of common ECG criteria for the diagnosis of LVH, reduced LVEF, and the presence of chronic phase of MI. No ECG characteristics could distinguish patients with normal hearts from those with structural heart disease. ECG criteria for the diagnosis of LVH and chronic phase of MI have low sensitivity, but high specificity which is valuable when present but cannot discard these conditions when absent.