Over the last few decades, the incidence and prevalence of chronic heart failure (HF) have been constantly increasing. This is a result of growing life expectancy and aging of modern societies, as well as advances in the treatment of acute coronary syndromes which lead to an increased number of survivors with left ventricular dysfunction [1].

Randomized clinical trials and large-scale registries are both helpful research tools. However, contrary to clinical trials, the advantage of registries is that they reflect real-life patient populations. The aim of the Heart Failure Pilot Survey of the European Society of Cardiology was to assess clinical profile, pharmacotherapy and clinical course in HF patients across Europe [2].

Despite recent progress in pharmaco- and electrotherapy, prognosis in HF remains poor. The Systolic Heart Failure Treatment with the If Inhibitor Ivabradine Trial (SHIFT) demonstrated that in patients with chronic systolic HF higher resting heart rate (RHR) was associated with worse long-term prognosis [3]. The aim of this study was to assess the impact of RHR at hospital admission on short-term outcome in a Polish population of patients hospitalized for HF, based on data from the Heart Failure Pilot Survey.

The Heart Failure Pilot Survey was conducted by the European Society of Cardiology within the scope of the EURObservational Research Programme. It was a prospective, multicenter, observational survey of HF patients in 12 European countries. The survey included adult (i.e. over 18 years old) patients with HF — both, outpatients with HF seen in ambulatory care, as well as patients admitted to hospital for acute or chronic HF. There were no specific exclusion criteria. Patients were enrolled in the study if they presented to hospital or outpatient clinic on one particular day of the week (chosen by the participating center) from October 2009 to May 2010.

The survey was approved by the local Ethical Review Board. All the patients included into the survey were provided with detailed information on the aim, scope and methodology of the study. Signed informed consent was obtained from each of them.

The current analysis included Polish population of Heart Failure Pilot Survey and only inpatients (i.e. patients who were admitted to hospital). In order to assess the prognostic significance of baseline RHR, patients presenting with bradyarrhythmia or ventricular tachyarrhythmia as a reason for HF decompensation and index hospitalization, were excluded from the analysis.

Categorical data were presented as number of patients and percentages. For ordinal variables and non-normally distributed continuous variables, median value and interquartile range (IQR) were used. Type of distribution was calculated by Shapiro-Wilk test with an alpha level set at 0.05. Significance of differences between groups was determined by Fisher’s exact test for categorical variables and Mann-Whitney U test for ordinal or non-normally distributed continuous variables. To determine the risk factors of in-hospital mortality, univariate and multivariate logistic regressions were performed. In multivariate logistic regression model all factors with p values lower than 0.1 in univariate analyses were used. Statistical significance was considered for p values lower than 0.05. Statistical analyses were performed using SAS software, version 9.2.

Out of 5,118 patients included in the Heart Failure Pilot Survey across Europe, 893 patients were enrolled in Polish centers. In the Polish population of the registry, there were 650 inpatients. Thirty patients were admitted to hospital due to ventricular tachyarrhythmia and 21 patients due to bradyarrhythmia — those patients were excluded from the analysis. Data regarding RHR at hospital admission were missing for one of the remaining patients. Therefore, the final analysis included 598 patients hospitalized due to HF.

The flow chart of patient enrollment in the study is shown in Figure 1. 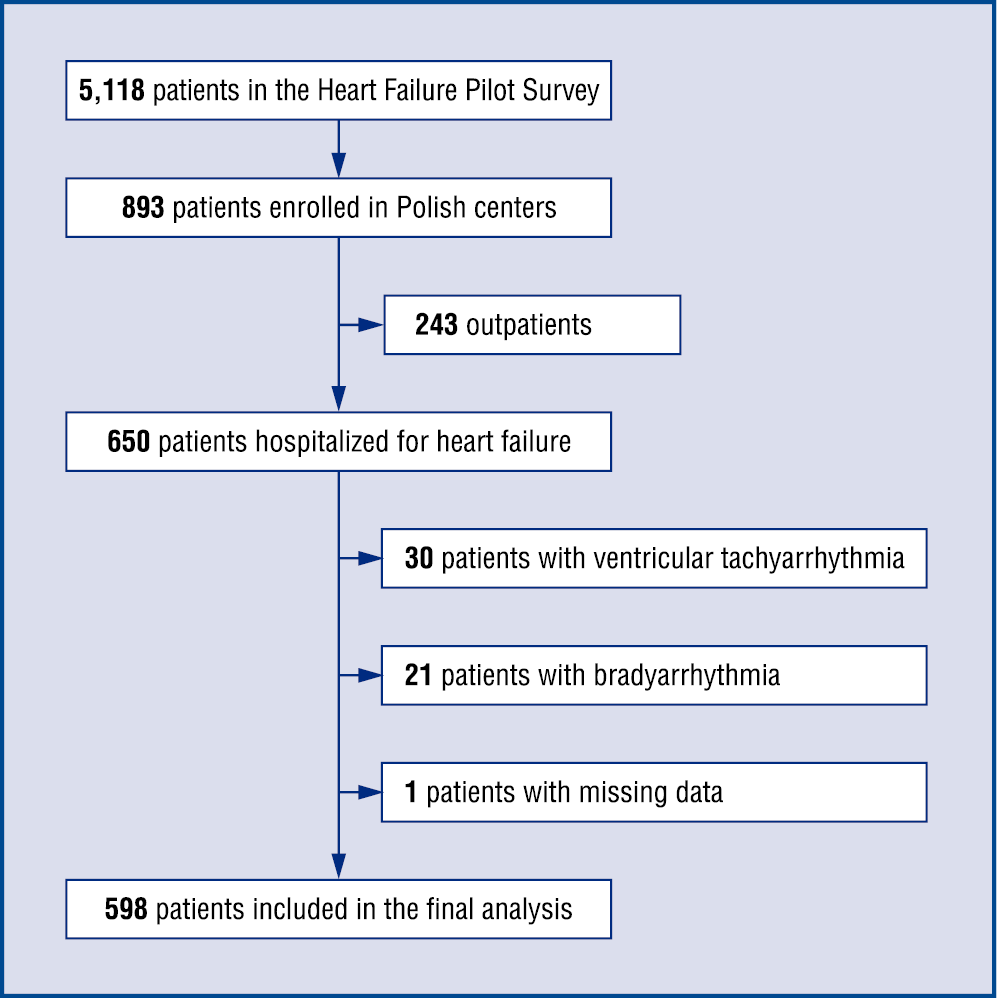 Figure 1. Flow chart of patient enrollment in the current analysis.

Table 1. Baseline characteristics of patients who survived and patients who died during hospitalization. In each bar, a total number (n) of patients for whom the given variable was available in the registry is shown. Continuous and ordinal variables are shown as a median value and interquartile range (IQR).

In the Polish population of patients hospitalized for HF, RHR at admission was found to be a predictor of in-hospital mortality, independently of other markers of the severity of HF decompensation, such as blood pressure and clinical status (NYHA class) at admission. An increase in HR of 10 bpm was followed by an almost 60% increase in the risk of death during hospitalization. The analysis included patients with SR, as well as patients with AF (as the leading rhythm) and patients with paced rhythm at hospital admission. Separate analyses of subgroups with SR and AF at hospital admission yielded equivocal results due to insufficient statistical power.

RHR at admission was also associated with worse clinical course during index hospitalization, with a more frequent need for inotropic support and diuretic treatment, worse clinical status at hospital discharge and longer hospital stay in univariate analyses. However, these associations were weak, as Spearman’s rank correlation coefficient (r) for relationship of HR with NYHA class and hospital stay were below 0.1.

Raised RHR is a known risk factor for unfavorable outcome in HF. This was most evidently demonstrated in the SHIFT trial, which randomized 6,558 patients with chronic, symptomatic HF, stable on current medication, with LVEF of 35% or lower, SR and resting HR over 70 bpm to ivabradine or placebo. After a median follow-up for almost 2 years, an 18% risk reduction in primary endpoint (cardiovascular death or hospital admission for worsening HF) was observed for patients allocated to ivabradine group [5]. A post-hoc analysis demonstrated that this effect was completely attributable to HR reduction on ivabradine therapy, as treatment results were neutralized after adjustment for change of HR at 28 days. In patients receiving placebo, baseline RHR over 87 bpm was associated with more than 2-fold higher risk for primary endpoint than baseline HR below 72 bpm [3]. Unlike the SHIFT trial, our study included patients with decompensated HF rather than stable chronic HF, irrespective of LVEF, with both, SR and AF, and focused on short-term prognosis.

A recent post-hoc analysis of another large, randomized clinical trial — Candesartan in Heart Failure: Assessment of Reduction in Mortality and Morbidity (CHARM) delivered results similar to conclusions from the SHIFT trial [6]. In a cohort of 7,599 patients with chronic, symptomatic HF, baseline HR in the highest tertile (with median HR of 85 bpm) was associated with a significantly higher risk of cardiovascular death and HF hospitalization after 38 months compared with the lowest HR tertile (with median HR of 60 bpm). The relationship between HR and outcomes was similar in patients with LVEF below and over 40%. However, baseline HR had no predictive value in patients with AF [6].

A few other small, prospective, observational studies confirmed significance of RHR for prognosis in chronic HF [7, 8]. Interestingly, higher HR correlated with increased risk of arrhythmic events in patients with dilated cardiomyopathy and an implantable cardioverter-defibrillator [9].

Baseline HR at hospital admission was also found to influence outcome in patients with acute, decompensated HF. Recently, three independent risk scores assessing short-term prognosis in patients with acute HF have been developed [10–12]. All these three predictive models were derived from data from large cohorts of patients admitted for acute HF (including 7,433; 2,015 and 5,306 patients) and stratified the risk of death at 7 days, death or HF worsening at 7 days, and death at 30 days, respectively. In all these studies, baseline HR turned out to be an independent prognostic factor and was incorporated in risk stratification models, together with other predictive factors, including age, comorbid conditions, baseline laboratory findings and other presenting clinical features, such as systolic blood pressure. However, contrary to our study, none of these three studies included LVEF in the multivariate analysis [10–12].

The second independent predictor of in-hospital mortality in our analysis was lower natrium concentrations. Hyponatremia is frequently observed in patients with severe HF. Data from registries and randomized controlled trials indicate that 12–27% of patients admitted to hospital for HF are hyponatremic [15–19]. In HF, hyponateremia is believed to result from increased concentrations of antidiuretic hormone (ADH, vasopressin), the secretion of which is stimulated by reduced systemic arterial blood pressure due to a low cardiac output, even in patients with volume overload and fluid retention. Long-term therapy with loop diuretics may aggravate hyponatremia [20].

Hyponatremia had previously been associated with unfavorable prognosis in HF. In observational studies, registries and post-hoc analyses of randomized clinical trials, it was reported to correlate with all-cause and cardiac mortality (both in-hospital and long-term) as well as with the risk of re-hospitalization for HF [12, 15–19, 21–23].

So far, it is not clear whether hyponatremia itself deteriorates clinical outcome in HF or whether it is merely a marker of severity of HF or other comorbid conditions [20]. Interestingly, despite a proven relationship between hyponatremia and prognosis in HF, treatment with ADH receptor antagonists, such as tolvaptan, had no impact on mortality in HF [24]. Observational studies evaluating changes in plasma natrium in patients hospitalized for HF have brought conflicting results, with some evidence that correction of hyponatremia might lead to improvement in outcome [15, 18, 25–27].

In our study, in the multivariate analysis of independent predictors of in-hospital mortality we also observed a trend for lower LVEF and lower hemoglobin concentrations at admission. Both of these variables are known prognostic factors in HF patients [12, 21–23, 28–30]. It seems possible that due to a relatively small number of events these factors did not reach statistical significance in our analysis. In a cohort of 48,612 patients hospitalized for HF and enrolled in the Organized Program to Initiate Lifesaving Treatment in Hospitalized Patients with Heart Failure (OPTIMIZE-HF) registry independent predictors of in-hospital mortality included i.a. resting HR, natrium concentrations and presence of left ventricular systolic dysfunction [21].

The limitations of our study result from the type of data we analyzed. The advantage of registries is that they include a broad, diverse, real-life spectrum of patients, rather than a narrow, carefully selected patient subgroup as in clinical trials. However, important drawbacks of registries are: their retrospective and observational character, simplifications necessary for data unification for analysis, limited number of data collected, as well as incompleteness of the data. In our study data of 425 (71%) out of 598 patients were complete and available for multivariate analysis. Furthermore, some potentially important variables, such as concentrations of B-type natriuretic peptide, were not available for analysis.

All analyses were conducted based on data from the Polish part of the Heart Failure Pilot Survey, coordinated nationwide by Professor Jarosław Drożdż.