Does ticagrelor effectively inhibit platelets in patients undergoing mild therapeutic hypothermia or it does not? 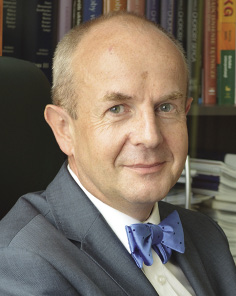 Out-of-hospital cardiac arrest (OHCA) is a common complication of acute myocardial infarction (MI) [1–9]. The results of studies on the impact of mild therapeutic hypothermia (MTH) in OHCA survivors are inconclusive [10–14]. Some of them confirm the efficacy of this method of treatment [11–13], while others, on the contrary, suggest the lack of superiority of MTH over temperature control in this subset of patients [14]. Therefore, the question “Mild therapeutic hypothermia after out-of--hospital cardiac arrest: What does really matter?” asked by Ratajczak is justified indeed [15].

Several factors, including patient age, baseline heart rhythm and neurological status, presence of cardiogenic shock, duration and effectiveness of cardiopulmonary resuscitation and hypothermia induction time were shown to influence clinical outcome in patients after OHCA treated with MTH [9, 15–20]. In patients additionally undergoing primary percutaneous coronary intervention (pPCI) due to MI, effective platelet inhibition may also have a relevant impact on clinical outcome due to increased risk of stent thrombosis in this subset of patients [21–32].

Recently, two pharmacokinetic studies with seemingly contradictory conclusions appeared in the “Cardiology Journal”. First, Tomala et al. [33] confirms the effectiveness of ticagrelor to inhibit platelets in MI patients after OHCA treated with pPCI undergoing hypothermia. The other, by Umińska et al. [34], states that the antiplatelet effect of ticagrelor is attenuated and delayed in MI patients undergoing MTH and pPCI due to OHCA, in comparison with patients treated with pPCI for uncomplicated MI. As stressed in the first publication, in this clinical setting ticagrelor should be the drug of choice before clopidogrel due to its better absorption, faster metabolism, quicker onset of action, and its lack of requirement for metabolic activation [33]. However, in the previously published study [25], impaired bioavailability of ticagrelor and delayed maximal plasma concentration of the drug in patients undergoing MTH and pPCI due to OHCA were demonstrated. Impaired gastrointestinal absorption of ticagrelor in critically ill patients was suggested to be responsible for this finding. Moreover, the presence of different active metabolite (AR-C124910XX) formation rates in comparison with patients treated with primary PCI for uncomplicated MI, suggests diversity in ticagrelor metabolism and/or elimination in different subpopulations [25]. These results are in line with the second research by Umińska et al. [34], reporting significantly higher platelet reactivity in patients undergoing MTH, starting from the first hour up to 24 hours after ticagrelor loading dose administration. The greatest differences between patients undergoing MTH after OHCA and those with uncomplicated MI were observed between 2 and 12 hours after loading with ticagrelor. After 24 hours, effective platelet inhibition was found in all patients in both groups, however the difference in platelet reactivity between groups persisted [34]. Tomala et al. [32] reported similar findings for a time range of 12–24 hours, however in this team’s observation the difference disappeared 48–72 hours after loading. This finding led the authors to a conclusion quite different from one reached by Tomala et al. [33] and Umińska et al. [34]. The analysis of the methods and results of both studies shows, however, that despite different conclusions, both studies are consistent, and moreover, they complement each other.

In conclusion, indeed the differences in antiplatelet efficacy of ticagrelor, initially clearly marked up to 12 hours after the loading dose, gradually decreased until disappearing completely by 24 hours.