There is no conflict of interest.

BACKGROUND: The selection of optimal treatment for obstructive nephrouropathy requires information about the functional status of each kidney. Nuclear renal scanning objectively measure differential renal function. Multiple studies have demonstrated the role of CT in assessment of renal perfusion and GFR with triphasic CT. The aim of this study was to assess the role of CT based on renal parenchymal volume measurement in assessment of individual renal function compared to 99mTc-DTPA renal scan in patient with unilateral renal obstruction.

MATERIALS AND METHODS: This prospective comparative study, performed between December 2011 and March 2013 included 42 patients with chronic unilateral obstruction. The percentage of the individual renal functions by 99mTc-DTPA and by CT were assessed.

CONCLUSION: CT scan can be used as an integrated modality for the assessment of the functional and morphological status of unilateral chronic renal obstruction, however 99mTc-DTPA renal scan is a safe choice with less radiation exposure. Further comparative studies are needed to assess the role of CT-based parenchymal volume in the assessment of individual renal functions in patient with acute obstruction, bilateral nephropathy and renal impairment.

Obstructive nephrouropathy is one of most common urological disorders. The plan for its management is based on precise assessment of both renoureteral units and accurate estimation of the renal function. Obstructive nepherouropathy is very rarely symmetrical, and the selection of optimal treatment requires information about the functional status of each kidney as well as knowledge of the total renal function [1]. Quantitative assessment of relative individual renal function has a major role of radionuclide renography. Individual kidney function influences the clinical judgment with regard to assessment of therapy [2].

99mTc-DTPA is used for glomerular filtration rate (GFR) evaluation because no tubular secretion or re-absorption is observed, but it is completely filtered by the glomerulus. In 99mTc-DTPA renography, the GFR is calculated without blood or urine sampling. The Gates method is the most common method used in the routine setting. The simplicity of the Gates method, its cost-effectiveness and relative repetitiveness of results in an individual “case to case” study convinced us to implement the modified protocol into routine practice [4]. The accuracy of this methods was comparable to that reported for creatinine clearance, the most commonly used estimate of the GFR in current clinical practice [5].

Conventional radiographic contrast techniques give valuable information about the anatomical structure of the kidneys and collecting systems. However, they provide only qualitative information on differential renal function. There are different methods to evaluate the renal function, like CT-estimated GFR. The hydronephrotic obstructed kidney loses volume as it parenchyma atrophies and loses function. So, the residual parenchymal volume can be measured by multi-slices helical CT scan [6].

In recent years, multiple studies have demonstrated a clear role for utilizing CT to assess renal perfusion and GFR with triphasic CT CT measures contrast medium quantitatively, with high spatial resolution by subtracting unenhanced from enhanced CT scans. CT has promising role in assessment of the functional parameters such as perfusion [7].

The golden standard to determine differential renal function is the nuclear imaging. Non-invasive method carry less hazards and the need for a reliable noninvasive method for studying individual kidney function is important [8]. The aim of this study was to assess the potential role of CT based renal parenchymal volume measurement in the assessment of individual renal function compared to 99mTc-DTPA renal scan in patient with unilateral obstruction.

Forty two patients with unilateral obstructive nephrouropathy were included in our study. This was a prospective comparative study, performed between December 2011 and March 2013. Patients were referred to our nuclear medicine center with questionable unilateral obstruction and the available clinical data, laboratory investigations including serum creatinine level, as well as previous instigations including plain X-ray of the abdomen/ultrasonography and IVU, were collected. This provisional diagnosis was confirmed by 99mTc-DTPA renal scan. All these patients were subjected to 32 slices helical CT scan. The exclusion criteria from this study were: serum creatinine level > 2 mg/dl and acute obstruction.

Diuresis 99mTc-DTPA renography was performed in all patients by (Dual heads gamma camera, Philips Bright view). The technique used included intravenous administration of 99mTc-DTPA (doses adjusted to each patient according to the weight and age), and acquisition of dynamic 15–60-second posterior renal images for 20 minutes. Furosemide, 0.5 mg/kg (1 mg/kg for children) with a maximum dose of 40 mg, was administered intravenously at the middle of the dynamic study. The initial set of images was used for evaluating differential renal function. The images obtained after administration of furosemide were used for quantitative analysis of post-diuresis clearance of the radiopharmaceutical from the dilated collecting systems. Regions of interest, including the entire dilated collecting systems, were drawn and a background subtracted time-activity curve was generated. Additional posterior static images after 2 hours were also acquired.

Triphasic CT examinations were performed in the entire study group; the volume estimation software came preinstalled with 32 slice helical CT scan (GE medical system). The three-dimensional tools that was available in this software package had “add object” function that was used to build the three-dimensional virtual representation of the kidneys depending on the arterial phase images. After enhancement, we selected manually small area of renal parenchyma to allow the software for identification of the remaining surrounding renal parenchyma that have similar voxel values which was then added into the volume voxel to create the three dimensional renal volume. The extra parenchymal structures like renal pelvis, vessels were excluded. The final 3D model of each kidney was compared with the cross sectional images to ensure that only the renal parenchyma was included and sometimes it was necessary to use the cutting tool to free the margins of kidney from adjacent structures. The right and left percent renal volume was calculated by dividing right and left volumes respectively by the combined right and left renal volume. This percent renal volume was compared with percent renal function determined by 99mTc-DTPA renal scan. For all cases, the statistical method used for the assessment of correlations between percent renal volume and percent renal function was Pearson coefficient.

During the indicated time interval, 42 patients fulfilled the selection criteria and no patient with high serum creatinine level above creatinine > 2 mg/dl or acute obstruction was excluded from the study. The demographic distribution was as follows: 20 (47.62%) patients were male, and 22 (52.38%) were female (mean age — 32; age range — 2–68 years). 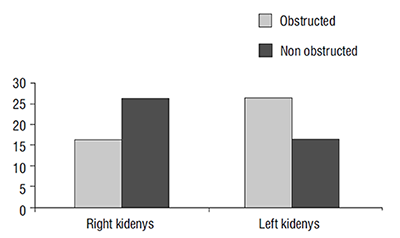 Figure 1. The distribution of obstructed and non-obstructed unites in the study groups 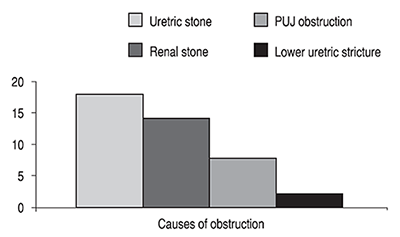 Figure 2. Causes of renal obstruction in the study group

The correlation between percent renal function estimated by 99mTc-DTPA and percent renal volume estimated by multi-slices CT were assessed in obstructed kidneys and there were statistically significant relationships (r = 0.877, P < 0.000) (Figure 3). 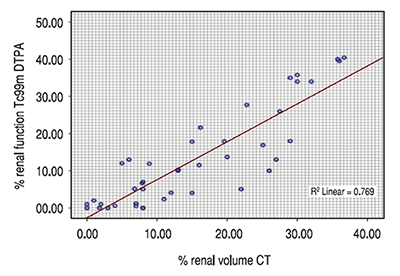 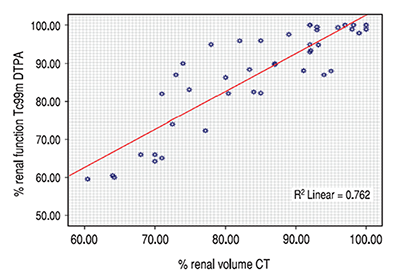 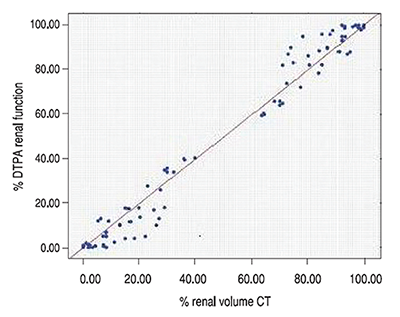 Figure 5. Correlation between percent renal function by DTPA and CT scan at both obstructed and non-obstructed kidneys 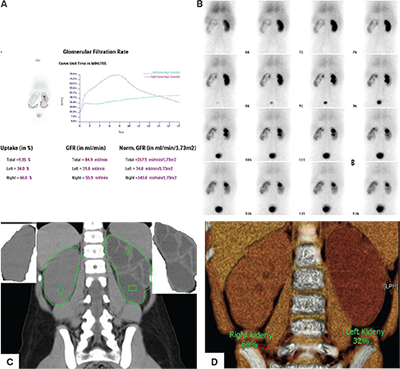 Figure 6. 4 year old girl, presented with history of left PUJ obstruction with significant hydronephrotic changes, which affected the differential real function of the left kidney with rising up obstructive curve pattern (A, B). In volume estimation by CT, we selected manually (C) small area of renal parenchyma to allow the software to identify the remaining surrounding renal parenchyma that have similar voxel values. The differential renal functions on CT (D) were similar to that detected by renal scan 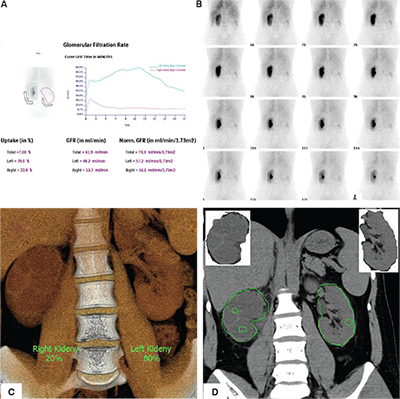 Figure 7. 59-year old male, presented with long standing right renal obstruction, with substantial decrease of nephrons functions on renal scan (A, B), In volume estimation by CT (C, D) the individual renal function of the right kidney was 20% compared to 22% in Tc 99m renal study

Relative kidney function is an important parameter during urological decision making. Nuclear renal scanning objectively measure individual renal function, especially in a dilated system for which the degree of obstruction is considered as the imaging modality of choice for differential renal function It has several advantages as it is safe easy and feasible method for such assessment, but despite these advantages, we cannot dispense on other anatomical modality which is essential for the detection of the therapeutic plane. Creatinine clearance (24 hours) evaluates the total renal function, but the major limitation of this method is that it reflects the overall GFR and is unable to assess the differential and individual renal function which is essential for management of these obstructed units.

Other study by Herts et al. [9], who compared the estimated GFR by CT-based parenchymal volume with GFR measurement by 125I-iothalamate clearance imaging, found that CT was comparable to GFR assessment by nuclear medicine methods.

El-Ghar et al. [10], observed that contrast enhanced spiral CT was more sensitive than IVP for identifying the cause of chronic obstructive uropathy and it was as accurate as radioisotope renal scan for calculating the total and separate kidney function. So they recommend spiral CT with contrast medium as a single radiological diagnostic modality for the assessment of patients with chronic renal obstruction and normal serum creatinine.

In my study, the differential renal functions were assessed both by radionuclide method as well as multi-slices CT, the patient with acute obstruction were excluded from the study group, as the morphological changes on CT in these cases were not sufficient to induce significant alteration in the individual renal functions based on prenchymeal thickness changes. I correlated the individual renal functions between both methods and found a strong relationship for both obstructed and non-obstructed kidneys. These results were compatible with previous studies by Blitstein et al. [11], who found that differential renal parenchymal area measured by CT strongly correlated with differential function on 99mTc-DTPA renal scan, and Morrisroe et al. [12], who found statistically significant correlations between percent renal function and percent renal volume in all cases. I concluded that differential renal volume measured from CT strongly correlated with differential renal function on 99mTc-DTPA for normal and chronically obstructed kidneys. But despite this strong correlation, yet the ability of CT to be used as an integrated radiological modality for anatomical and functional assessment in patients with unilateral renal obstructions has many limitation, as the need for contrast media administration which adversely affect the renal functions. 99mTc-DTPA renal scan is safer and radiation exposure is much lower than other radiological modalities; the effective dose of IVU is 3 mSv, the effective dose of CT abdomen/pelvis is 10 mSv and the effective dose in DTPA scan is 1.8 mSv. According to the health physics society fact sheet 2010 [13], CT limitations include: inability to estimate the overall GFR (which can be simply estimated by 99mTc-DTPA), inability to be performed in renal insufficiency and false results in acute obstruction.

There is a significant correlation between the measurement of individual renal function by CT-based parenchymal volume and by 99mTc-DTPA renal scan in unilateral renal obstruction. CT has diagnostic value of detecting the anatomical details. CT scan can be used as an integrated modality for the assessment of the functional and anatomical status of the unilateral obstructed kidneys, however 99mTc-DTPA renal scan is a safe choice with no hazards of contrast on the already diseased kidneys and less radiation exposure. Further comparative studies are needed to assess the role of CT-based parenchymal volume in assessment of individual renal functions in patient with acute obstruction, bilateral nephropathy and renal impairment.