Retinal artery occlusion as an announcement of stroke and myocardial infarction?

Retinal artery occlusion is a sudden condition in ophthalmology, which requires urgent treatment as well as expanded multi-disciplinary diagnosis. The aim of the diagnosis in patients with retinal artery occlusion is to find the source of embolic material and to evaluate the factors of cardiovascular diseases the presence of which greatly increases the incidence of thromboembolic events. The main cause of retinal artery occlusion is atherosclerosis of carotid arteries and aorta. Retinal artery occlusion can also be caused by running embolic material arising in the course of atrial fibrillation or dilated left ventricle, degenerative changes of aortic or mitral valves leaflets, endocarditis, intracardiac tumours, patent foramen ovale, giant cell arteritis, and other autoimmune diseases or haematological disorders. Three types of embolic material are morphologically distinguished: cholesterol embolus, fibrin-platelet embolus and calcific embolus. The most frequently observed (approx. 75%) are cholesterol emboli called Hollenchorst plaques. 64-year-old patient with hypertension, hypercholesterolaemia was admitted to the Department of Ophthalmology due to the sudden deterioration of left eye visual acuity. The fundus examination showed numerous, multifocal embolic material of Hollenhorst plaques in the branches of the central retinal artery in the left eye with ischaemic foci partially covering the macula, which corresponded with reported visual impairment (Fig. 1). In the right eye no embolic material or ischaemic changes were reported (Fig. 2). In the following days, in visual field test, peripheral vision loss typical of central nervous system damage was reported. Computed tomography revealed ischaemic focus in the right occipital lobe (Fig. 3). Ultrasound examination of the carotid arteries revealed haemodynamically insignificant plaque. Echocardiography revealed no significant pathology. After one month in control fundus examination, in the left eye progression of retinal ischaemic changes due to retinal emboli was reported. Fundus of the right eye remained normal. The patient was under the care of an ophthalmologist, a neurologist, and a cardiologist. After three months the patient suffered an inferior wall myocardial infarction. Coronary angiography revealed right coronary artery occlusion in the middle section and disseminated atherosclerotic lesions in the left anterior descending and circumflex branch (Fig. 4). Right coronary artery endarterectomy and angioplasty with drug eluting stent implantation were performed. In the described patient the episode of retinal artery occlusion was probably caused by atherosclerotic plaque located in the carotid arteries, which also could be a cause of stroke. Stroke in the occipital location is manifested by vision disorders of a different nature than that observed in ischaemia of the retina. Population studies show that patients who have suffered from retinal artery occlusion are at several times greater risk of stroke, the most in the first 30 days after embolic episode. These patients also have a higher risk of death from any cause and cardiovascular death. Keep in mind that patients after retinal artery embolism are at very high risk of cardiovascular events, which is shown by the example of our patient. The therapeutic goals in this patient group should be strictly implemented in management strategy. 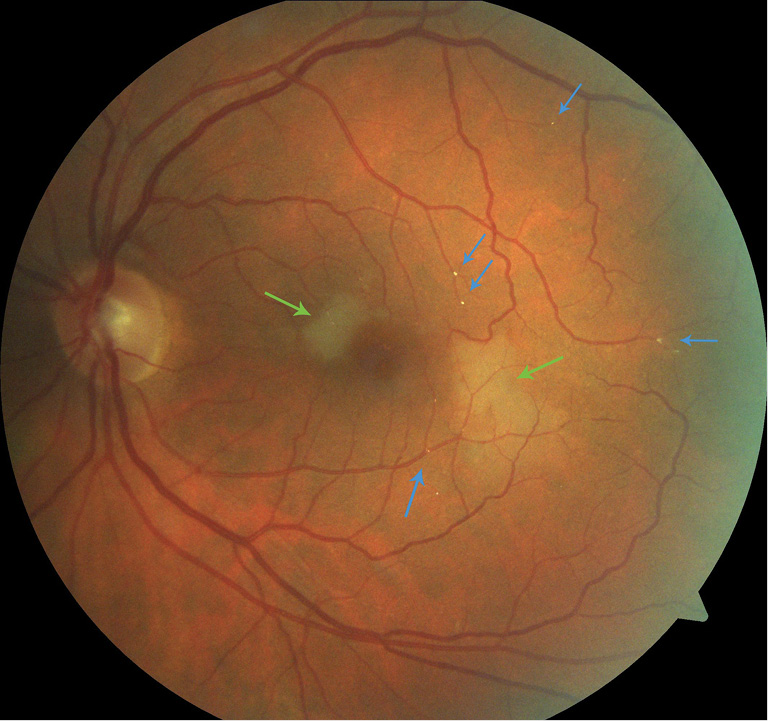 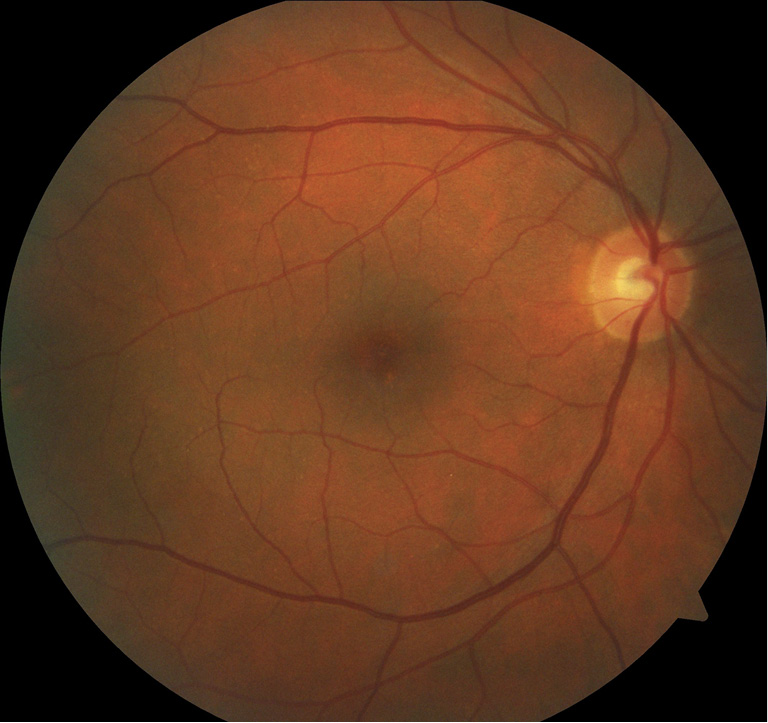 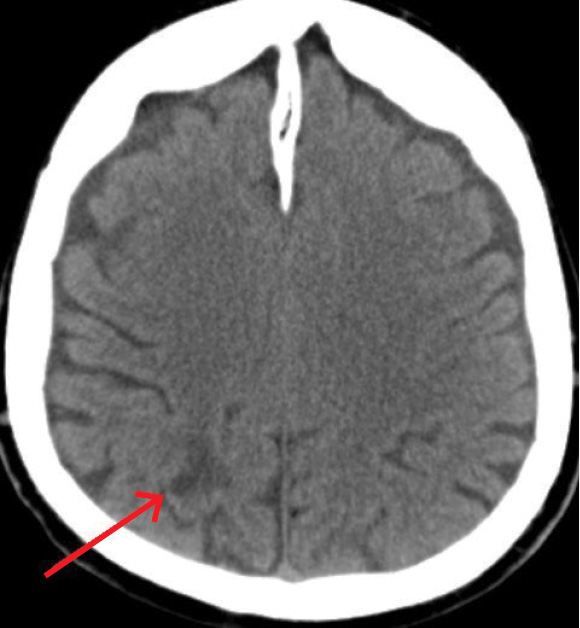 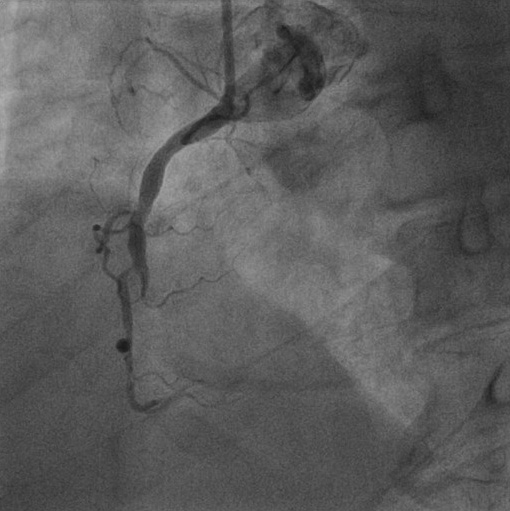 Figure 4. Coronary angiography. Closing of the right coronary artery in the middle segment