Material and methods: Between 2004 and 2009, 957 OC patients were treated in Cracow Branch of Cancer Center, M. Sklodowska-Curie Memorial Institute, Poland. Germline BRCA1 mutation was found in 66 patients. To compare the effectiveness of treatment, the group of 47 advanced-stage BRCA1-OC patients was matched with the group of 47 advanced-stage SOC patients. Pairs of patients were matched in terms of the most important prognostic factors, i.e. stages according to FIGO, primary cytoreduction extent, tumour histologic subtype and grade, as well as year of diagnosis and treatment.

Results: The 5-year overall survival rate was 42.9% for BRCA1-OC patients and 34.3% for SOC patients (p = 0.354). Mean time to progression was 22.7 and 14.5 months for BRCA1-OC and SOC group, respectively (p = 0.05). Complete response to primary surgery and first line chemotherapy was obtained in 42.5% and 37.9% of cases, respectively; the difference, however, did not reach the statistical significance.

Numerous reports suggest that the clinical course of OC in BRCA1/2 mutation carriers is different than in women with sporadic OC. Most of the authors indicate more favourable treatment results in BRCA1/2-related ovarian cancer patients; the data, however, were obtained predominantly in the American, British and Jewish population [1–5]. It is considered that due to the mutation of BRCA1 and BRCA2, resulting in DNA repair impairment, BRCA-related cancers are more sensitive to cytostatic agents that induce double strand DNA breaks, such as cisplatin and carboplatin [6, 7]. Only few authors single out BRCA1-OC subgroup from the entire BRCA1/2-OC group. Additionally, literature reports do not distinguish the advanced-stage (FIGO III/IV) patient group. Moreover, except for one paper on 18 BRCA1 mutation carriers, there are no reports on Polish women [8]. It seems that genetic differences might induce a different clinical course of OC in the Central-European population.

Data presented in the literature are retrospective and compare groups of different number of patient and, sometimes, of non-uniform distribution of demographic, histopathological and clinical features.

AIM OF THE STUDY

The aim of the study was to compare the effectiveness of treatment of patients with advanced-stage SOC and BRCA1-OC.

The report presents the analysis of clinical data including 957 patients with OC treated in Cancer Center, M. Sklodowska-Curie Memorial Institute, Cracow Branch between 2004 and 2009. Based on the family history of hereditary breast and ovarian cancer, the group of 249 patients was identified. Blood samples were taken from patients, after obtaining their written consent, to perform genetic testing for germ-line BRCA1 mutation carrier state. Exons 2, 5, 11 and 20 of BRCA1 were examined. The material was screened for BRCA1 mutations, which are the most frequent in the Polish population, i.e. 4153delA, 5382insC C61G, 185delAG, and 3819del5. Genetic testing was performed using denaturing high-performance liquid chromatography (dHPLC), restriction fragment length polymorphism analysis (RFLP) and DNA sequencing, 47 patients with advanced-stage BRCA1-OC were selected from 66 BRCA1 carriers and matched with 47 SOC patients. Demographic, histopathological and clinical characteristics of the studied groups were determined by pair matching in terms of primary prognostic factors including cytoreduction extent, histologic subtype (serous vs. non-serous cancers) and tumour histologic grade G. The aim of matching was to eliminate, as much as possible, the influence of other factors than BRCA1 mutation that might affect the outcome of the treatment.

The response to combined treatment (surgery + chemotherapy) was evaluated based on the medical examination, imaging (RECIST 1.0 criteria) and marker assay (CA125 marker level in blood serum) as well as second-look surgery. All the patients were followed up for at least 3 years, unless a patient died within that period.

The effectiveness of treatment was evaluated according to the time to progression, defined as the period between the start of treatment (date of surgery or first cycle of induction chemotherapy) and cancer recurrence confirmed by medical or imaging examination, and the overall 5-year survival rate calculated from the date of start of treatment. The mean follow-up time was 65 months. The survival probability was estimated using the Kaplan-Meier method [9]. The Peto log-rank test was used to evaluate the statistical significance of differences in observed results [10]. The statistical significance level was set at p ≤ 0.05.

Demographic, histopathological and clinical characteristics of the group of 47 pairs of patients with advanced BRCA1-OC and SOC are presented in Table 1.

Patients with menopause constituted 55.3% of both BRCA1-OC and SOC groups. The mean age of patients was 48.2 and 54.2 years, respectively. The optimal cytoreduction (defined as residual disease < 1 cm) was obtained in 21 (44.7%) patients in each of the groups. In accordance with the international recommendations, all the patients were given platinum-based chemotherapy. Paclitaxel + platinum regimen, considered currently to be the “gold standard” for OC adjuvant treatment, was applied in 33 (70.2%) and 31 (65.9%) cases, respectively. No statistically significant differences were observed between the two groups in regard to applied chemotherapy regimens. 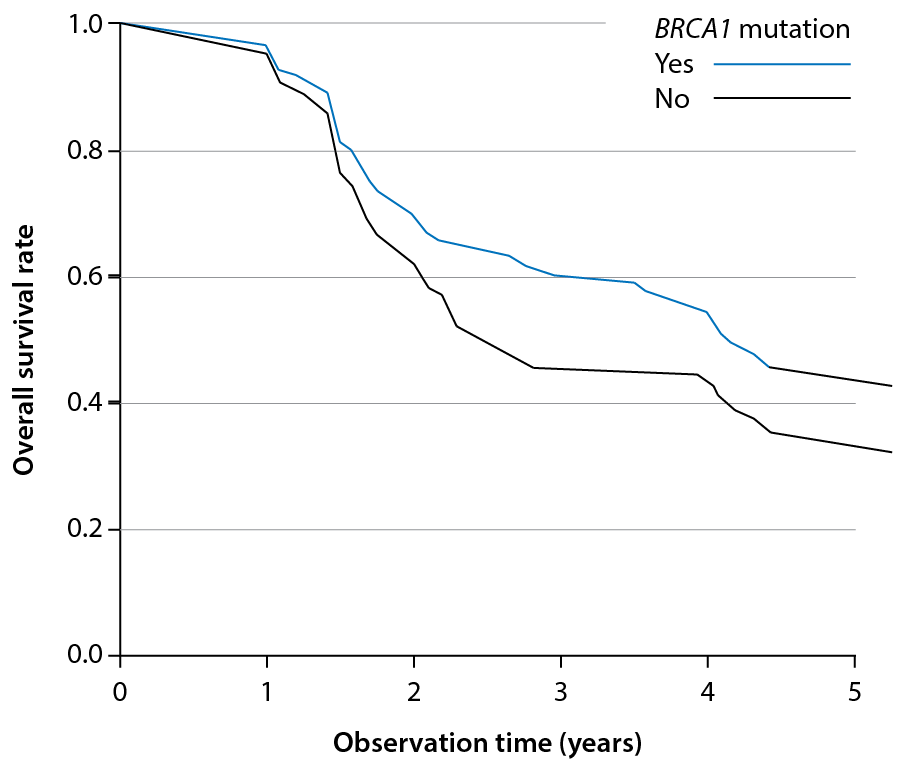 Table 2 presents treatment outcome comparison between both groups of patients in regard to the 5-year survival rate, median survival time, time to progression and response to combined treatment.

The presented report is the analysis of the biggest, so far, group of East Central European patients with BRCA1-OC. In the literature, there are no prospective studies comparing treatment outcome of BRCA1-OC and SOC patients; additionally, available data do not focus on the advanced-stage OC, but also include early-stage cases of a definitely more favourable prognosis.

Tan et al. in their report from 2008, matched 1:2 22 BRCA1/2-OC patients with 44 SOC women for FIGO stage, histologic subtype, and age in the year of diagnosis [1]. They showed statistically significant differences in the response to the second and third line platinum-based chemotherapy, longer treatment free interval (TFI) between subsequent chemotherapy cycles, and higher 5-year overall survival rates in patients with BRCA1/2-OC compared to SOC patients. More importantly, the authors showed that there were no differences in the response to non-platinum agents in any of the 3 chemotherapy cycles. However, the analysis was based on a small number of patients. Results of no statistical doubt were reported by Zweemer et al. in 2001, who compared the group of 44 BRCA1/2-OC patients with the group of matched 176 SOC cases. The difference in median survival was 21.5 months and in the 5-year survival rate was 6,1% in favour of patients with BRCA1-OC [3].

In this report, as compared to the literature data, pair matching criteria were extended to include cytoreduction extent (optimal < 1 cm or sub-optimal ≥ 1 cm) and tumour histologic grade so as to eliminate other significant prognostic factors that might influence the outcome of the treatment. The distribution of applied adjuvant chemotherapy regimens (platinum-based agent + paclitaxel and platinum-based agent + another cytostatic) was also similar in both groups. The obtained outcome of the treatment, however, is ambiguous due to the lack of statistical significance of the majority of the results; however, a distinct trend suggesting more favourable prognosis for BRCA1-OC patients has been observed. Only time to progression proved to be statistically longer by 8.2 months in BRCA1-OC patients (22.7 months vs. 14.5 months, p < 0.05).The number of cases without complete remission after combined therapy was lower in the group of BRCA1-OC patients than in the SOC group, 27 (67.5%) vs. 32 (76.2%) cases, respectively, which might indicate a better response to platinum-based chemotherapy and is consistent with literature reports [11–14].

A better response to chemotherapy in terms of complete remission rate in BRCA1-OC patients as compared to SOC patients was also observed by Cass et al., Majdak et al. in turn reported lower, compared to this report, complete pathological remission in women with BRCA1-OC. No differences in response to chemotherapy was also observed in a large Norwegian follow-up study [8, 11, 15].

Results of the discussed studies were mostly based on the Jewish, American and British, or Scandinavian population data. The literature lacks reports on patients of East Central Europe origin, different in genetic regard as mentioned before. The only report on the outcome of the treatment in Polish BRCA1-OC patients was presented in 2005 by Majdak et al.; however, it included only 18 cases [8].

Results presented in the report should be analysed, taking into account limitations of the study material. Firstly, the retrospective character of the data does not allow to draw general conclusions and generates limitations regarding data accuracy. Secondly, the number of patients in both groups is limited, which does not allow to reach, for example, statistical significance of overall 5-year survival rate in spite of the evident difference in Kaplan-Meier curves. Thirdly, a part of the group was treated using older chemotherapy regimens without taxanes. Fourthly, the group of BRCA1-OC patients included 6 (12.8%) cases with earlier breast cancer, which might had worsened the prognosis. And finally, a relatively small percentage of patients had complete remission after combined treatment, which might be due to the high rate of second-look surgeries (14.9% in total) confirming residual microscopic disease or due to too optimistic description of the debulking that is widely discussed in the literature regarding extent of surgical treatment in OC [16].