Sexuality in women with metabolic syndrome

Metabolic syndrome (MetS) consists of various coinciding and interrelated metabolic conditions, which increase the risk of developing type 2 diabetes and cardiovascular disease. One in four adults worldwide (of more than 20 years of age) has MetS, according to data from literature. In United States, up to 34% of general population fulfills the diagnostic criteria of MetS according to ATPIII and AHA/NHBLI definitions [1]. The WOBASZ study in Poland revealed that 21.7% men and 25.5% women in the analyzed population fulfilled IDF criteria for metabolic syndrome diagnosis [2]. In Japan, researchers could identify 7.8% persons with MetS using the same criteria [3]. Metabolic syndrome increases the risk of cardiovascular disease but also contributes to development of endocrine conditions, including type 2 diabetes as well as gastrointestinal disease, malignancy, depressive disorders, chronic renal disease, and sexual disorders [4–6]. The issues of sexual health, and its impact on quality of life have recently become subjects of debate. Sexual dysfunction is being investigated and addressed predominantly in men, who often suffer from erectile dysfunction related to cardiovascular disease [7]. Issues of female sexual life have not come to the spotlight as yet. However, female sexual dysfunction is not a negligible problem, and requires more study. It is estimated that sexual dysfunctions affect 19–63% women worldwide, and some authors suggest the prevalence may be up to 71% in general population. In USA, this kind of dysfunction occurs in 25–63% women [8]. Hayes et al. [9] identified 11 of 1,248 studies concerning this issue, and found out that 64% women (16–75%) suffered from diminished desire, 35% (16–48%) had orgasmic difficulty, 31% (12–64%) hade arousal difficulty, and 26% (7–58%) experienced pain. The report on sexuality in Poles (Raport Seksualność Polaków) by Lew-Starowicz [10] points out that decreased sexual needs concern 25% Polish women, 20% experience difficulties of arousal, 17% have too seldom orgasm, and 8% have no orgasm at all. Dyspareunia was reported by 13% Polish females, and vaginismus by 2% women. The issue of female sexuality is a complex one, which makes the study on problems underlying sexual dysfunction particularly challenging. Psychological factors are named in first place, and other issues include age, partner-related problems, lower socioeconomic status, lower education, chronic disease (diabetes, dyslipidemia, metabolic syndrome, ischaemic heart disease, overweight or obesity, uncompensated thyroid disorders). Other possible causative factors that should be named include previous physiological labors, abortions, pelvic dysfunction, depressive disorders, previous negative sexual experience, tobacco smoking, and medication with antihistaminic agents, antiepileptics, anxiolytics, antidepressants, hormonal contraception, hormonal replacement therapy, antiandrogens, antiestrogens or malignancy treatments [11–13]. Risk factors of female sexual dysfunction include cardiovascular disease and predisposing conditions such as metabolic syndrome (MetS). Prophylaxis and treatment of MetS begins with non-pharmacological measures, including dietary modification.

The presented study was aimed to analyze prevalence of sexual dysfunction in regularly menstruating women, and to investigate aspects of sexuality in women with metabolic syndrome as compared women with normal metabolic function. Furthermore, impact of diet on quality of sexual life, and issues of quality of life were investigated.

Analysis included 99 women with regular menstrual cycles. Patients presented various levels of education, sexual activity, and different marital status. Of those, 71 females were included in the study group, and 28 in the control group. Women in study group fulfilled criteria of metabolic syndrome according to IDF, NHLBI, AHA, WHF, IAS, and IASO 2009 [14]. Inclusion criteria were the following: giving informed consent to participation in the study, having regular menses, age ≥ 25 years, no psychic disorders (untreated or on specialist treatment), no major disease of adverse prognosis, not taking libido-affecting medication such as sedatives, psychotropic medication, oral contraception or antihistaminics. Women who fulfilled diagnostic criteria of metabolic syndrome were allocated to study group, whereas women in control group did not have MetS. Subjects not meeting the above described criteria were not included.

During the first appointment, anamnesis was taken, and physical examination performed, including measuring basic anthropometric parameters and arterial pressure. From each patient a blood sample was taken for evaluation of total cholesterol level as well as high-density lipoprotein (HDL) and low-density lipoprotein (LDL) cholesterol, triglycerides, fasting glucose, and high sensitivity C-reactive protein test (hs-CRP). The patients were instructed to take detailed dietary records for three consecutive days. Following the first appointment, the obtained clinical data were used for allocation to study or control group. During the second appointment, detailed dietary anamnesis was taken, and the patients were asked to fill in questionnaires concerning sexual needs and reactions. Instruments used included SFK/K Scale, Polish version of Mell-Krat Scale, commonly used in literature; Female Sexual Function Index (FSFI), a standardized questionnaire validated for use in Poland, evaluating satisfaction of sex life, level of sexual activity, partner relations and attitude to own femininity; and Short Form-36 (SF-36), standardized questionnaire evaluating quality of life, validated for use in Poland.

There were no significant differences as to patient age and parity between the groups. Differences were, however, observed in anthropometric parameters (Table 1), biochemical test results, and arterial pressure, as intended in the study protocol (Table 2). 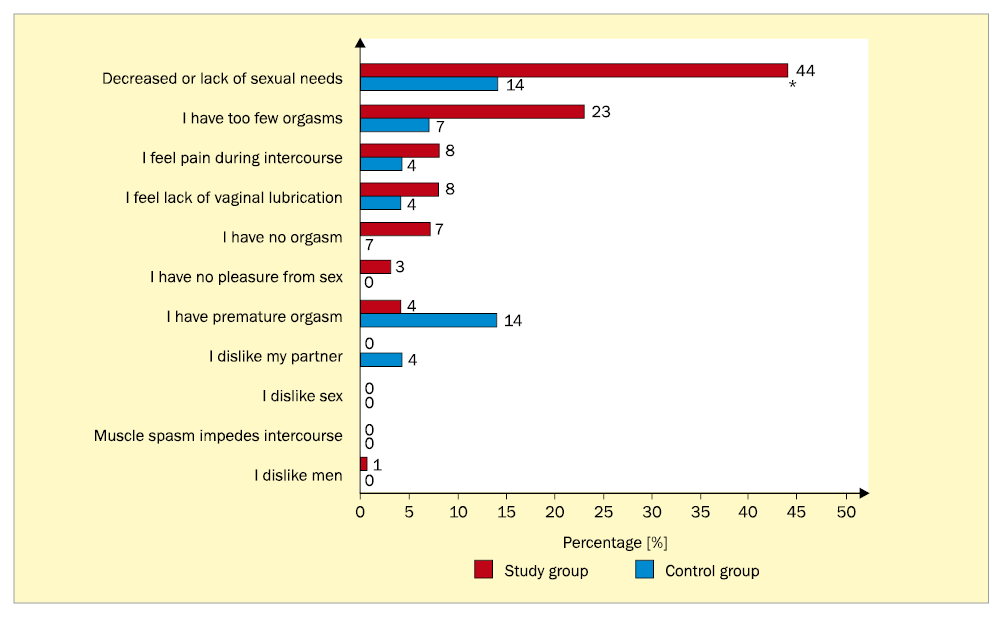 Figure 1. Answers to the question “Which of the following sexual problems concern yourself?” — comparison of study group and control group, *p < 0.05

Analysis of data concerning sexual functions revealed significantly lower global FSFI score in study group when compared to control group (23.4 ± 10.4 vs. 28.3 ± 7.8, p = 0.005). Patients in study group had both lower global score, and lower scores for respective domains, which were summed up for calculation of the global score. Significant differences were found for desire, arousal, and lubrication domains (Table 4).

Patients in study group had lower Mell-Krat scores for sexual needs and reactions when compared to patients in control group (44.6 ± 12.5 vs. 56.2 ± 5.7, p < 0.001), which reflects a higher prevalence of sexual dysfunction in MetS patients. Quality of life assessment using SF-36 showed no significant difference as to the global score (Table 5), which was 56.0 ± 25.1 points in study group, and 46.5 ± 18.7 points in control group. Significant difference was observed in scores for physical functioning, with lower scores reflecting worse function in patients with metabolic syndrome.

Table 5. Quality of life in premenopausal women with metabolic syndrome (MetS) as compared to premenopausal patients without MetS

We found no direct impact of dietary habits on sexual dysfunction, whereas Esposito et al. [18] and Giugliano et al. [19] came to quite opposite conclusions. The former study showed that following Mediterranean diet for two years had a beneficial influence on general health status, and decreased prevalence of both metabolic syndrome and female sexual dysfunction. Authors of the latter study analyzed dietary habits, and observed that obesity, metabolic syndrome and arterial hypertension were least prevalent, dyslipidemias least pronounced, and diabetes best compensated in females following diet most compatible with Mediterranean model. These patients were most sexually active (65.1% vs. 54.2%, p = 0.01), and had fewer sexual dysfunctions as compared to control group (47.6% vs. 57.8%, p = 0.01).

There was no significant difference in quality of life of patients with metabolic syndrome when compared to healthy counterparts in our study. Of note, patients in study group had higher scores than control group (56.0 ± 25.1 vs. 46.5 ± 18.7), which in Polish version of the questionnaire reflects a poorer quality of life. Patients with metabolic syndrome reported significantly poorer physical functioning. 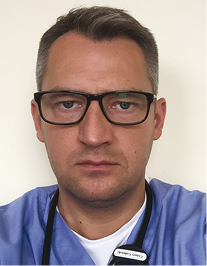 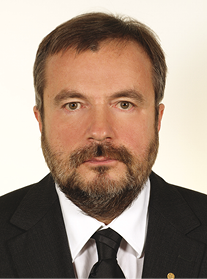