Late gadolinium enhancement is common in patients with hypertrophic cardiomyopathy and no clinical risk factors for sudden cardiac death: A single center experience

Cardiac magnetic resonance (CMR) is now widely used in the diagnosis and risk stratification of hypertrophic cardiomyopathy (HCM). It has several advantages over echocardiography including more accurate measurement of left ventricular function and mass, and it aids in the identification of apical HCM variants and alternative causes of hypertrophy such as athelets heart and Fabry’s diseaes. Furthermore, it has the ability to demonstrate areas of myocardial replacement fibrosis using late gadolinium enhancement (LGE) (Fig. 1) which is increasingly being recognised as an independent predictor of adverse cardiac outcomes [1–6]. Several recently published reports have found an increased incidence of adverse cardiovascular events in patients with LGE compared to those without, and the sensitivity of clinical risk factors for prediction of sudden cardiac death (SCD) has been questioned. However previous studies have shown that LGE is present in a large proportion of patients with HCM, and therefore identifies too large a population to be useful as a single predictor. We sought to look at the occurence of LGE in our population and assess the association of LGE with clinical risk factors. 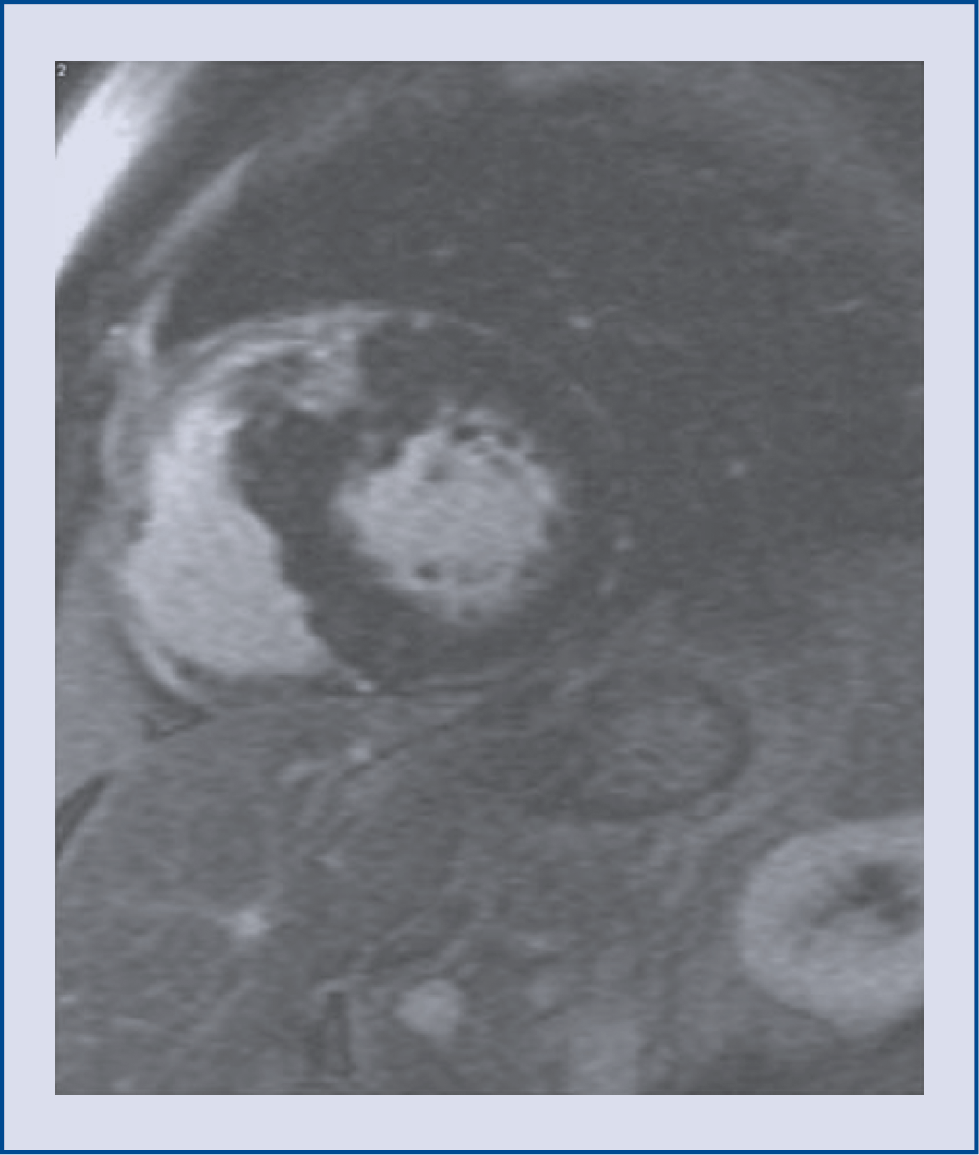 Figure 1. Late gadolinium enhancement within the interventricular septum in a patient with hypertrophic cardiomyopathy.

We performed a retrospective analysis of all CMR studies carried out in a single center over a 24 month period from January 2010 to December 2011. Data was collected on all patients in whom CMR findings were consistent with a diagnosis of HCM ie. a hypertrophied and non-dilated ventricle in the absence of another condition capable of producing the observed degree of hypertrophy [7]. A cut-off for maximal wall thickness of 15 mm was used in adults in keeping with current guidelines although some patients with maximal wall thickness less than 15 mm were included if there was a strong clinical suspicion of HCM based on a family history of the condition in at least one first degree relative. Patients who had left ventricular (LV) hypertrophy which was potentially due to another condition such as hypertension were excluded, as were patients who did not receive a gadolinium based contrast agent as part of the imaging protocol.

All studies were performed on a Siemens Avanto 1.5 T scanner. LGE images were obtained after administration of intravenous gadobenate demeglumine (0.2 mmol/kg). LV function and mass were analysed after manual identification of endocardial and epicardial borders. The amount of LGE was not measured quantitively but was noted to be present or absent.

Patient demographics and occurence of clinical risk factors for SCD were obtained from review of clinical notes. CMR findings were taken from reports by level II or III accredited cardiologists. LV mass and function (indexed), distribution of hypertrophy and the presence of systolic anterior motion of the mitral valve (SAM) or elevated LV outflow tract (LVOT) velocities were noted.

As this was a retrospective analysis of patient records and no additional procedures beyond normal patient care were carried out, ethical approval and patient consent were not required. 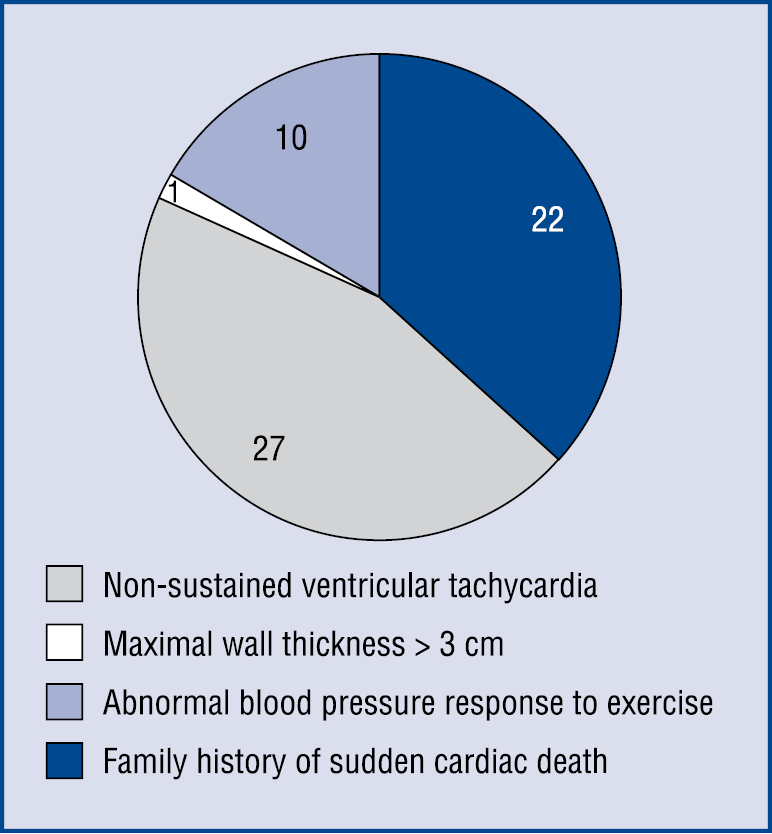 Table 1. Occurrence of clinical risk factors for SCD according to presence or absence of LGE.

The risk stratification of patients with HCM is complex. Current guidelines recommend that an implantable cardiac defibrillator be considered in patients with 1 or more clinical risk factors for SCD [7]. However there is mounting evidence that LGE may be a much more specific predictor of poor prognosis in this condition, with adverse events being uncommon in patients without LGE [4]. The findings of this study are similar to previous reports, with regard to the proportion of patients with evidence of LGE [3]. In our group LGE was present in 68% of patients with HCM. However, when a risk factor is present in such a large proportion of patients, further discriminators are required to improve predictive power. These may include factors such as LV mass and quantification of LGE as a percentage of myocardial mass, with higher percentage correlating with greater risk [4].

Traditional risk factors for SCD were present in 50 (43%) patients. Although NSVT was statistically more common in patients with LGE, overall the presence of any risk factor was not, suggesting that LGE is not simply a marker of commonly assessed clinical risk factors. A significant proportion of patients (63%) without traditional clinical risk factors for SCD were found to have LGE on CMR and these patients would not currently be considered for therapy with an implantable cardiac defibrillator. The use of clinical risk factors in everyday practice presents several problems. Maximal wall thickness > 3 cm is present in a very small number of patients (only 1 in this study). Blood pressure response to exercise may be difficult to assess in many patients with mobility problems and can be unreliable in patients over 50 years of age [8]. Even family history of SCD may be difficult to quantify in patients who are unaware of their extended family tree. This study found that a significant proportion of patients with HCM who do not have clinical risk factors have evidence of LGE on CMR and may still be at increased risk of SCD. CMR with LGE provides a method of assessing myocardial replacement fibrosis and with futher modification may be the most sensitive means of identifying patients at risk for cardiovascular events.

This study has several limitations which must be considered. This is a retrospective analysis however for the purposes of assessing the relationship between LGE and clinical risk factors, a restrospective design was thought to be a reason- able approch. No endpoint data was therefore acquired (with regard to cardiovascular events in the population). The extent of LGE was assessed qualitatively as currently our CMR software does not allow quantitative assessment, however qualitative analysis may allow more accurate assessment of risk. The small numbers of patients in some groups made analysis difficult, and may have contributed to a lack of association with LGE and clinical risk factors over all however the number of subjects was reasonable for a single centre study of this type and the frequency of risk factors reflects that in a real world population.