Vernakalant: Perception of state of health in patients with a recent-onset atrial fibrillation

Recent-onset atrial fibrillation (AF) is a frequent cause for presentation to the emergency department [1, 2]. Conversion of recent onset AF to sinus rhythm with antiarrhythmic drugs reduces the risk of hemodynamic instability, hospitalizations and atrial remodeling seen with persistent AF [3, 4].

Boriani et al. [5] compared oral loading dose of propafenone 600 mg with intravenous propafenone and placebo. At 8 h either intravenous or oral propafenone were effective in almost two thirds of the patients with a statistical difference versus placebo.

Khan [6] showed that a single oral dose of flecainide 300 mg had a similar time to conversion of AF to sinus rhythm to intravenous drugs class IC.

This is the reason why an oral loading dose of propafenone 600 mg or a single dose of flecainide 300 mg are used in our center as in other places around the world for conversion of recent onset AF in patients without structural heart disease.

Vernakalant is a new, safe and effective drug used intravenously for conversion AF and studied in patients with and without structural heart disease; even after cardiovascular surgery [7–10].

Vernakalant has proved to be more rapid in converting recent onset AF to sinus rhythm compared to placebo, amiodarone, propafenone, and flecainide [7, 9, 11, 12]. Until now no study has been conducted comparing the change of perception of health state before and after in patients who received this new drug versus oral dose of propafenone or flecainide.

The aim of our study is to compare the change of perception of state of health from screening to hour 2 in patients treated with vernakalant and propafenone or flecainide for conversion of recent-onset AF.

This is a sequential study in which patients were included in three periods, one for each drug.

From 1 July to 30 October 2012, 30 patients were prospectively and consecutively included, hemodynamically stable with symptomatic recent onset AF (lasting less than 48 h) without structural heart disease underwent pharmacological cardioversion and received an initial intravenous dose of vernakalant, 3.0 mg/kg over 10 min, followed by a 15 min observation period and, if conversion to sinus rhythm did not occur, a second 10 min infusion of vernakalant at a dose of 2 mg/kg was administered.

From 1 November 2012 to 31 January 2013, 20 patients were prospectively and consecutively included and received a single oral dose of flecainide 300 mg.

From 1 February to 30 April 2013, 30 patients were prospectively and consecutively included and received an oral loading dose of propafenone 600 mg.

Primary outcome measure: The change of perception of state of health from screening to hour 2 in patients treated with vernakalant and propafenone or flecainide for conversion of recent-onset AF.

The patients will receive anticoagulation therapy after discharge according the recommendation of CHA2DS2-VASc score, but without antiarrhythmics drugs.

Follow-up: Follow-up visits were scheduled 7 days after the index event to evaluate presence of symptoms and maintenance of sinus rhythm.

All calculations were performed using Statistix 8.0 software package. Continuous variables were expressed as median with the corresponding interquartile range (IQR) (p25–p75) and were compared using the Mann-Whitney test. Rates were expressed as percentages and were compared using the χ2 test with Fisher’s correction, if applicable. Time taken for conversion to sinus rhythm was illustrated on a graph using the Kaplan-Meier method. The change of perception of state of health from screening to hour 2 was measured by the EQ-5D quality-of-life assessments visual analog scale, which has the Argentine valuation [13]. This inve- stigation was in accordance with the Declaration of Helsinki. The protocol was reviewed and approved by an institutional review board or ethics committee at Instituto Cardiovascular de Buenos Aires, and written informed consent was obtained from the patients.

No significant differences were found between the baseline characteristics and previous events of AF, invasive procedures and medication in the three groups (Tables 1, 2). 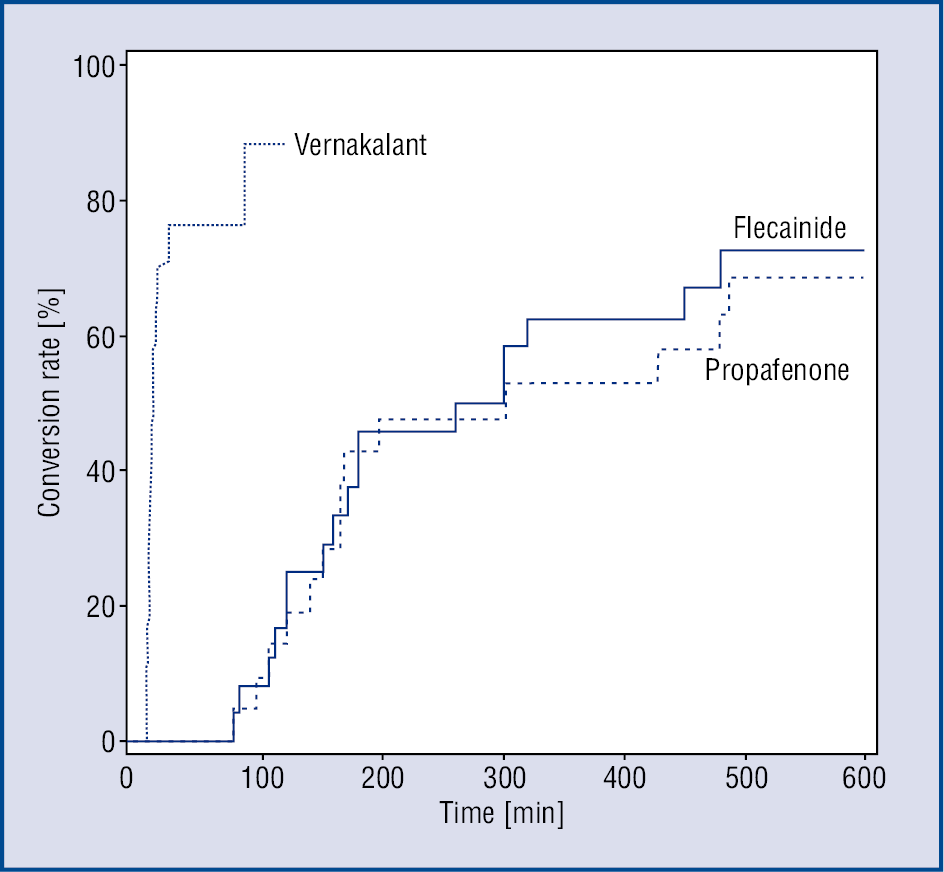 Figure 1. Time to conversion of atrial fibrillation to sinus rhythm. 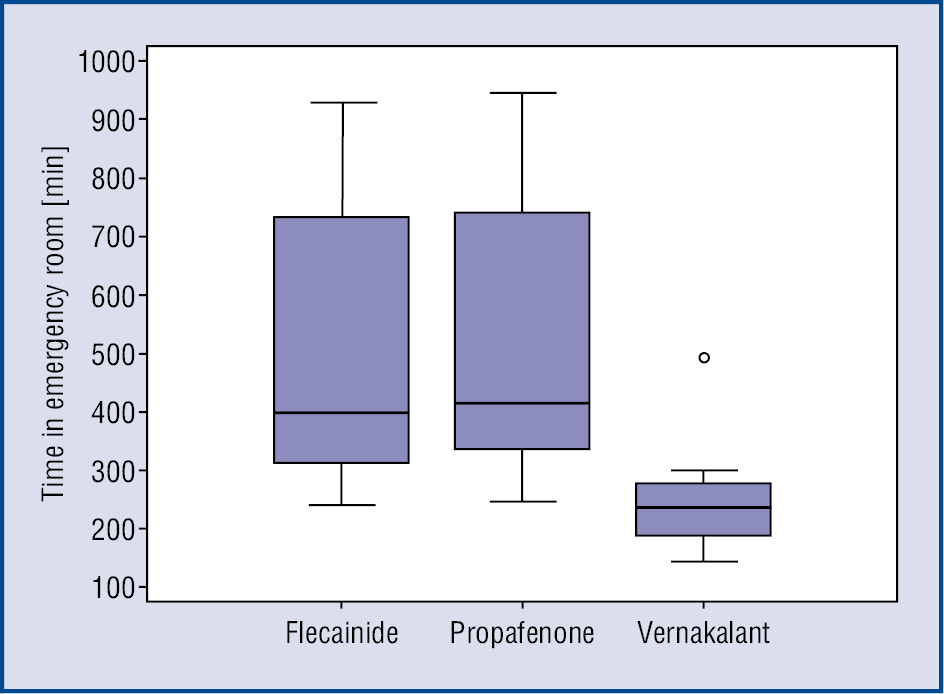 Figure 2. Length of stay in an emergency care section.

Treatment with vernakalant resulted in a significantly greater improvement in patients’ perception of state of health (as measured by the EQ-5D quality-of-life assessment visual analog scale) at hour 2 compared with propafenone and flecainide. In the vernakalant group, a mean increase (from baseline) of 12.1 points was seen compared with a mean increase of 5.4 points in the propafenone group or 5.2 points in flecainide group (p < 0.01).

No adverse events were reported.

After 1-week follow-up, all patients who had reverted remained in sinus rhythm. No late adverse events were reported.

Several studies have demonstrated the efficacy of oral propafenone for conversion of recent onset AF to sinus rhythm [5]. Other studies showed that oral flecainide has a similar time to conversion to intravenous propafenone and flecainide [6].

Vernakalant is a novel, relatively atrial-selective antiarrhythmic agent that is used intravenously, prolongs the atrial refractory period but has little effect on ventricular repolarization. It is a multi-ion channel blocker blocking early-activating potassium channels combined with concentration-, voltage- and frequency-dependent blockade of sodium channels [7].

Vernakalant has a rapid distribution and onset of action with a mean half-life elimination of 3 h. Plasma concentrations decline approximately 50% in 10 min. Restoration of sinus rhythm occurs within 90 min in 50% of cases [7–10].

Vernakalant produced a rapid conversion according to the results of the CRAFT study [7] (vs. placebo) or AVRO study [9] (vs. amiodarone). There are two studies which showed that vernakalant is faster in conversion of recent-onset AF than propafenone and flecainide [11, 12].

There are no other studies designed to compare the change of state of health in patients who were treated with vernakalant vs. propafenone and flecainide.

Our study is the first clinical investigation which analyzed the change of perception of state of health as a primary outcome and showed that vernakalant had a significantly statistical improvement compared with propafenone and flecainide group.

We suppose that there is a very strong relationship between the short time to conversion of AF to sinus rhythm and the better change of perception of state of health in vernakalant group.

We believe that we need new clinical randomized trials with more patients in this population to be able to reach the certainty that these results are able to extrapolate to the daily practice.

Not to be a randomized trial is the most important limitation of this study. The sample size may underestimate the differences between the groups. A larger sample size could produce statistically significant differences in the time to conversion and hospital stay length in the vernakalant group.

The change of perception of state of health from screening to hour 2 treated with vernakalant had a significantly statistical improvement compared with propafenone or flecainide for conversion recent-onset AF.