Previous studies have shown the relationship between OSAS and cardiac arrhythmias and conduction abnormalities [2, 7]. The Sleep Heart Health study group has shown a 2.38-fold increase in the risk of heart failure in patients with OSAS, independent from other risk factors [8].

The purpose of this study was to assess the early alterations of LV functions before the development of hypertension and CV manifestations of OSAS by using the conventional and tissue Doppler echocardiographic methods.

Eighty patients (65 men and 15 women, mean age 44.1 ± 9.4 years) presenting to the sleep laboratory of Çukurova University Neurology Department with the complaints of excessive daytime sleepiness and snoring who completed full-night polysomnography (PSG) were enrolled in the study. Patients with hypertension, diabetes mellitus or any known heart disease were excluded from the study.

Blood samples were collected from all patients after 12-hour fast period in the day of PSG. In addition to complete blood count and biochemistry including lipid profile, homocysteine, hs-C-reactive protein (CRP), B-type natriuretic peptide (BNP), and fibrinogen levels were measured.

All patients were admitted to the sleep clinic with the complaints of excessive daytime sleepiness and snoring, and they were planned to undergo full-night PSG. Full-night PSG was performed using a computerized system (Kommet, Grass telefactor) and the following parameters were recorded: electrooculogram (2 channels), electroencephalogram (4 channels), sub-mental muscle electromyogram (2 channels), anterior tibial muscle electromyogram for both legs (2 channels), electrocardiogram (1 channel), airflow (oro-nasal pressure adjusted cannula), chest and abdominal movements respiratory inductance plethysmography (2 channels), and arterial oxyhemoglobin saturation with finger-probe pulse oximetry (SaO2: 1 channel). Records were taken at 10 mm/s sweep rate. Sleep stages were scored according to the Rechtschaffen and Kales [9] standard criteria. Apnea was defined as complete cessation of the airflow ≥ 10 s. Hypopnea was considered as 50% decrease in any of 3 respiratory signals (airflow signal, chest or abdominal signals) or a ≥ 1% decrease in the oxygen saturation accompanied by arousal periods. Apnea/hypopnea index (AHI) was determined via careful calculations.

Table 1. Clinical and PSG characteristics of subjects (nonparametric results are indicated with an*).

According to the PSG findings, minimum O2 saturation in group 2 was significantly lower compared to group 1 (p < 0.001). Periodic leg movement disorder score was markedly higher in group 2 (p < 0.001). Assessment of sleep stages revealed no differences between the groups in terms of stage I, but stage II was longer, and stage III, IV and REM sleep were shorter in group 1 (Table 1).

Transthoracic echocardiography showed significantly increased IVS thickness and LAD in group 2 compared those of group 1 (p = 0.02 for IVS thickness, and p = 0.04 for LAD). Although the mean early diastolic transmitral inflow velocity (E) was similar between the groups, late diastolic transmitral inflow velocity (A) was higher in group 2 (p = 0.01). E/A ratio was significantly lower in group 2 (p = 0.01) (Fig. 1). There was a weak negative correlation between AHI and E/A ratio (r = −0.280, p = 0.01), and a weak positive correlation between minimum O2 saturation and E/A ratio (r = 0.288, p = 0.01) (Fig. 2). The mean E wave DT was not significantly different between the groups. These data demonstrated that at least some indices of LV diastolic function acquired from transmitral inflow velocities were impaired in patients with higher AHI. On the contrary, LV systolic functions evaluated by EF were similar between the groups. Tissue Doppler echocardiographic evaluation of myocardial velocities of lateral mitral annulus demonstrated that systolic myocardial velocities were also similar, while mean early diastolic myocardial velocity was lower in group 2 (p = 0.02) (Table 2). 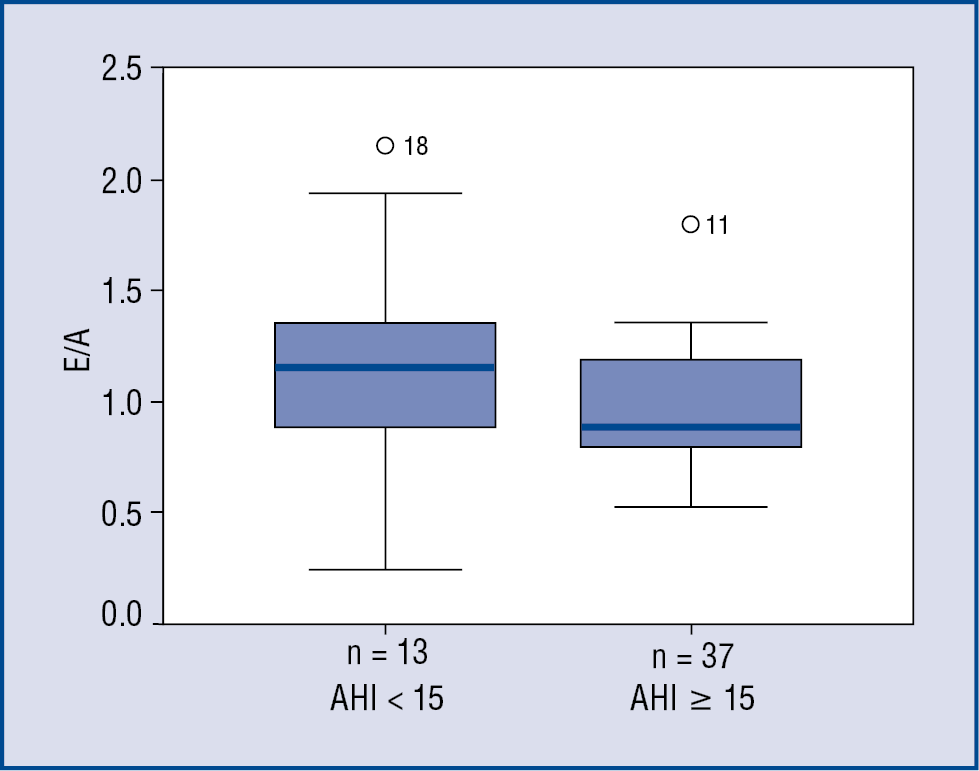 Table 2. Echocardiography and tissue Doppler results (nonparametric results are indicated with an*).

Table 3. Comparison of biochemical values (nonparametric results are indicated with an*).

Our results demonstrated that OSAS patients with AHI greater than 15 had impaired diastolic functions, increased IVS thickness and left atrial diameter compared to patients with lower AHI in the absence of CV diseases (CVD) including hypertension.

Cardiovascular complications of OSAS include systemic hypertension, acute myocardial infarction, nocturnal arrhythmias, cor pulmonale and sudden nocturnal death [2, 10]. In addition to cardiac arrhythmias, arterial hypertension secondary to autonomic instability is known as one of the worst outcomes of OSAS [2].

Conflicting results have been reported from different studies regarding the role of OSAS in CVD. Some studies have described that OSAS is not an independent risk factor in the development of CV disorders [11–13]. However, other studies have stated that the rate of mortality is significantly higher in non-treated patients with AHI values over 20 [14], and the incidence of CVD in non-treated patients with moderate-severe OSAS is markedly increased compared to normal individuals or treated patients [15]. This supports the point of view that OSAS is an important risk factor, particularly in case of hypertension and CVD [15–18]. Left ventricular diastolic dysfunction is a common finding in patients with hypertensive OSAS patients. OSAS is also a risk factor for the development of hypertension. Our study demonstrated that even in the absence hypertension and any other CVD, LV diastolic functional impairment and increase in left atrial diameters were more frequent.

It has been pointed out that hypertension, obesity, age, cholesterol levels, insulin resistance, diabetes mellitus and hypothyroidism are involved in development of CVD in patients with OSAS [11–13, 15]. The fact that our study enrolled patients without hypertension constitutes a different perspective compared to previous studies. Among the factors that may potentially stimulate CVD, only BMI and triglyceride levels were higher to a statistically significant extent in our patient group. There were no differences between the groups in terms of age, total cholesterol, HDL and LDL cholesterol levels, and some other markers including homocysteine, BNP, CRP and fibrinogen.

Laaban et al. [17] have reported that there was no difference in hypertension prevalence between OSAS patients with and without LV dysfunction. However, Lavie et al. [19] have emphasized that OSAS affects death indirectly, most probably by being a risk factor for hypertension. Apart from these studies with differing arguments regarding hypertension — OSAS and CVD, OSAS is known to be a significant risk factor for hypertension. In a study by Marin et al. [15] a higher risk for developing CVD following OSAS diagnosis was reported for patients not diagnosed with any CVD prior to OSAS diagnosis.

Recurrent hypoxemia in OSAS increases the release of adhesion molecules and enhances inflammatory factors such as tumor necrotizing factor-alpha (TNF-alpha), interleukin-6 (IL-6), CRP and homocysteine, while reducing the synthesis of the nitric oxide (NO), known as an endothelial vasodilator factor, leading to endothelial dysfunction and development of atherosclerosis [2, 5, 6, 20, 21]. In our study, there were no significant differences between the two groups in terms of biochemical markers such as CRP, homocysteine, fibrinogen, although the difference in BMI was significant. On the other hand, triglyceride levels were significantly higher in patients with OSAS (Table 3). Another significant factor in OSAS apart from atherogenic biochemical-metabolic changes is the recurrent inspiratory effort [7]. Increased negative intrathoracic pressure leads to rise in the vagal tone, and decreases LV pulse volume [7, 13]. A study by Peker et al. [22] demonstrated an increased risk of developing CVD with increased desaturation index in patients with OSAS. From these perspectives, our study supports the opinion that LV dysfunctions due to increased intrathoracic pressure may occur even before nonspecific biochemical changes in OSAS patients.

Alchanatis et al. [10] determined decreased LV peak ejection rate, decreased LV peak filling rate, and delayed peak filling rate in patients with OSAS. Interestingly, the same study also reported that LV dysfunctions were not proportional with the severity of OSAS. This finding was most probably due to the low number of patients. Our results were consistent with those reported by Hedner et al. [18]. Although LV systolic function was normal in the moderate-severe OSAS patient group, diastolic dysfunction was observed both with conventional and tissue Doppler methods. In addition, IVS thickness and LAD were significantly increased in moderate-severe OSAS group compared to the mild OSAS group. It is expected that LV diastolic dysfunction, LV hypertrophy and increase in the LAD are associated with the effects of hypertension on the left ventricle. Interestingly, however, these changes were observed in patients without hypertension, suggesting that direct effect of OSAS may be involved in development of these changes.

Atrial fibrillation (AF) is known to be associated with OSAS, and the connection between OSAS severity and the frequency of AF has been well established [23]. The reason for increased AF in OSAS could be explained by LV diastolic dysfunction and increased dimensions of left atrium even in the absence of hypertension, as demonstrated in our study. Baranchuk et al. [24] have demonstrated that continuous positive airway pressure treatment reverses atrial electrical remodeling in patients with severe OSAS. These data may imply the importance of early intervention in the treatment of OSAS.

The main limitation of our study was the difference of groups with respect to BMI. It would be expected that obesity is more frequent in patients with higher AHI. Therefore, it seems to be difficult to compose the groups from patients with similar BMI with this kind of cross sectional study design. The difference of triglyceride levels were thought to be due to the difference of BMI. Another limitation was the choice of 15 arbitrarily as the cut-off for AHI to separate the groups. The reason for this cut-off value was the idea that mild OSAS would not have deleterious effects on heart independent of hypertension.

In conclusion, LV diastolic dysfunction, LV hypertrophy and left atrial dilatation occur in patients with OSAS even in the absence of hypertension. Left ventricular systolic function, however, is not affected during early period.