Eisenmenger’s syndrome and agenesis of the right pulmonary artery: A case of double diagnosis

A 42 year-old female presented with progressively increasing breathlessness of five years’ duration. She was in NYHA functional class III. She had been having intermittent episodes of hemoptysis for the last three months. On clinical examination, she had a cyanosed left upper limb and both lower limbs with grade 3 clubbing and relative sparing of the right upper limb (Fig. 1). Precordial examination revealed a parasternal heave and a palpable shock in the 2nd left intercostal space. The second heart sound was single and loud with a high pitched early diastolic murmur. ECG showed right ventricular hypertrophy with P pulmonale. A clinical diagnosis of patent ductus arteriosus (PDA), Eisenmenger’s was made. Chest X-ray showed prominent pulmonary arterial conus and, surprisingly, a mediastinal and tracheal shift to the right with elevation of the right diaphragm and hypoperfused right lung (Fig. 2). Three-dimensional 64-multidetector computed tomography (MDCT) for ascertaining the cause of hemoptysis confirmed the presence of a large PDA (Fig. 3) with unilateral agenesis of the right pulmonary artery. The right lung was perfused by major aorto-pulmonary collaterals arising from the posterior aspect of the arch of aorta (Figs. 4A–C). 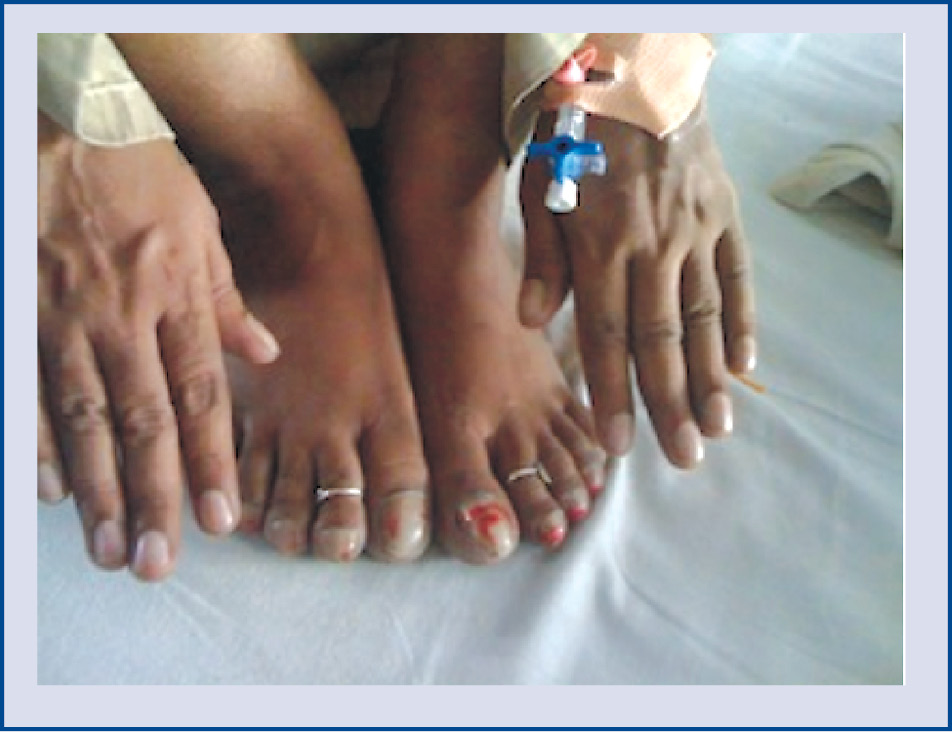 Figure 1. Toes and fingers of the lady, showing more profound cyanosis and clubbing of the left hand and the toes. 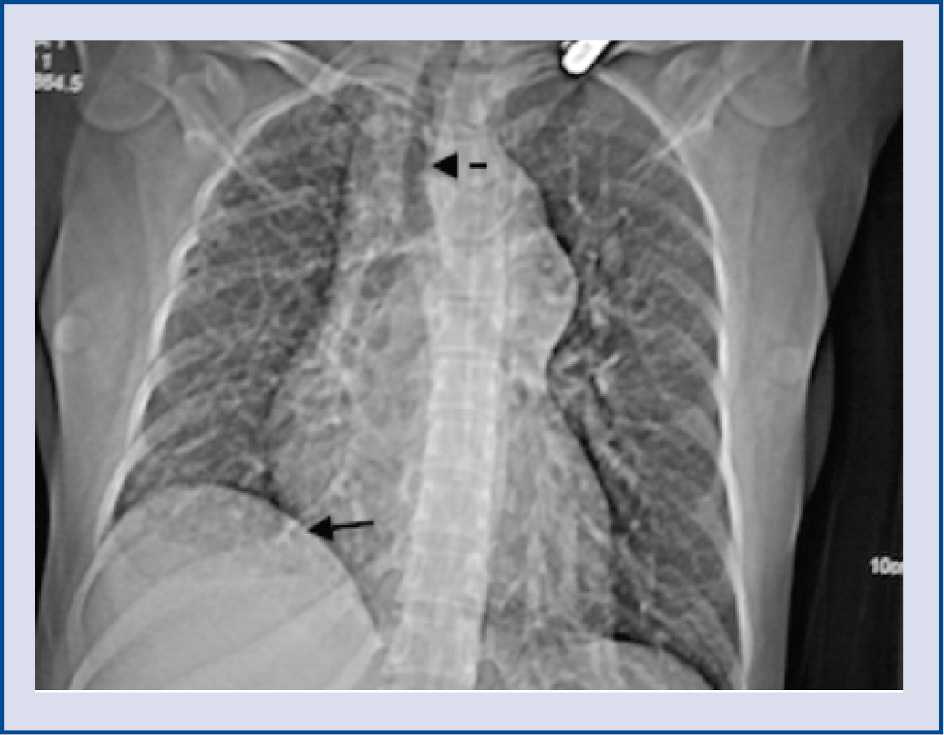 Our patient presented as a classical case of Eisenmenger’s PDA with hemoptysis. In this clinical scenario, one would suspect thrombosis in the main pulmonary arteries [1]. However, chest X-ray and MDCT revealed the rare association of Eisenmenger’s PDA with unilateral pulmonary artery agenesis [2]. The hemoptysis in our patient was explained by the presence of major aorto-pulmonary collaterals (MAPCAs) which may be self-limiting or can occasionally present with massive pulmo-nary hemorrhage and death. The genesis of these MAPCAs is explained by the existence of small transitory branches of the dorsal aorta that supply the lung before the development of the pulmonary artery, and persist as enlarged supradiaphragmatic and infradiaphragmatic aortic branches, or as bronchial arteries in cases in which the pulmonary arteries do not develop [3].

Right-sided agenesis can occur in isolation or in association with benign cardiac conditions, and hence the diagnosis is often delayed into adulthood. Left-sided agenesis is often combined with tetralogy of Fallot or other complex congenital anomalies, and patients present earlier with symptoms of the associated conditions [4]. Pulmonary hypertension is reported in 20–25% of patients with unilateral pulmonary artery agenesis often unmasked by predisposing conditions such as high altitude pulmonary hypertension or pregnancy. In our patient, both the large duct as well as unilateral pulmonary artery agenesis probably contributed to the development of Eisenmenger’s [5]. This case is a reminder to look for branch pulmonary arteries whenever pulmonary hypertension is present (unexplained or with other lesions).